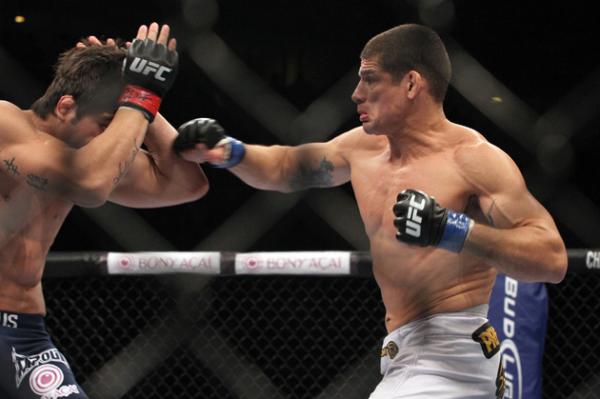 Luis Ramos (right) is returning to the cage after 16 months. | Photo: Sherdog.com


A pair of Brazilians with UFC experience will attempt to get back on track this weekend, but they will have to do so on hostile soil in South Korea.

The event takes place Saturday at the Grand Hilton Convention Center in Seoul and will stream live via online pay-per-view at Epicentre.tv, beginning at 7:00 a.m. ET/4 a.m. PT.

Ramos, 33, makes his return to MMA and South Korea more than 16 months after fighting to a draw with Jung Hwan Cha at Road FC 11. The former Shooto world champion holds a professional record of 20-8-1, glossy in comparison to opponent Kim’s career mark of 9-10-1 (1 NC). Despite a sub-.500 record, 34-year-old Kim holds a notable 2011 submission victory over current UFC talent Robert Whittaker.

A participant in the inaugural season of “The Ultimate Fighter: Brazil,” Pancini finds himself in a must-win situation after suffering knockouts in his last four outings, including Octagon losses to Johnny Bedford and Ali Bagautinov. His opponent, Moon, was defeated by another Brazilian, Thiago “Manchinha” Silva,” at a Road FC event in April.