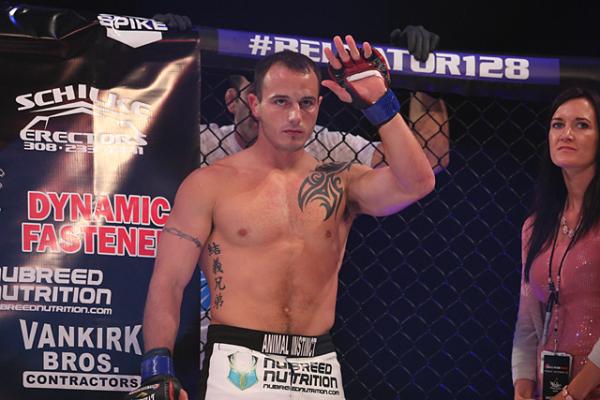 Cochrane has his eyes set on a specific rematch in the Bellator cage. | Photo: Keith Mills/Sherdog.com


When Dakota Cochrane was introduced as a member of “The Ultimate Fighter 15” cast, it brought to light some unsavory details from his past.

Cochrane, who was a track and field standout at the University of Nebraska-Kearney, worked in gay pornography during his college days. He didn’t attempt to conceal his past when submitting an audition tape for the reality show. Prior to “TUF,” his background led to a number of missed opportunities, as both fighters and promoters pulled out of potential bouts involving the Nebraska native.

That revelation is now some three years in the past, and while Cochrane’s UFC dreams didn’t come true -- he lost to James Vick in the “TUF” preliminary round -- he has had opportunities to compete at a high levels in organizations such as Bellator MMA and Resurrection Fighting Alliance. If those poor choices have continued to be held against him, Cochrane hasn’t heard about it.

“That’s not something that is revealed to me very much.” said Cochrane, who faces Ryan Couture in a featured lightweight bout at Bellator 135 on March 27. “If it is ever brought up, my manager does a good job not telling.”

Cochrane believes that his initial honesty regarding the situation allowed critics to quickly move on from the issue.

“I think people are forgiving,” he said. “If you make a mistake and own up to it, it’s a lot more respectful than trying to hide from it.”

These days, Cochrane is worried less about trying to explain himself than he is about avenging the loss that occurred in his Bellator debut. Last October, Cochrane succumbed to a rear-naked choke from Alexander Sarnavskiy at 2:32 of the opening round of their matchup at Bellator 128.

He took the fight on approximately one week’s notice, and his lack of physical and mental preparation was evident. That came on the heels of a knockout loss to Christos Giagos at RFA 17, a defeat in which Cochrane said he had no energy as a result of a bad weight cut.

In the meantime, the Premier Combat Center representative picked up a victory on the regional circuit in December over Ted Worthington in order to get his mind right. Now, Cochrane has his sights set on a return date with Sarnavskiy.

“That’s one I want to get back. I feel like I wasn’t quite ready, and I knew that going in,” Cochrane said. “I gave it my best at the time. I want to show that I’m a better fighter than that. I know it may take a few fights, but I want to work my way back up.”

Couture, because of his name, represents a good chance to do exactly that. The son of former UFC light heavyweight and heavyweight champion Randy Couture was victorious in his Bellator debut this past September. As it was during his Strikeforce and UFC tenures, the 32-year-old will always have something of a target on his back because of his father’s accomplishments.

“It’s pretty big. I would say every fight you have is pretty big, but I guess it makes it a little more special since his dad is such a big name,” Cochrane said. “It adds a little more sway in people’s eyes, I guess.”

Cochrane is no stranger to big victories, with triumphs over a number of current and former UFC talents on his resume, including Jamie Varner, Joe Stevenson and Efrain Escudero, to name a few. He says his most memorable victory, however, came via flying knee in just 48 seconds against native favorite Anton Kuivanen in Finland last June.

“I was pretty much brought in to lose,” he said. “They never want their main event to get knocked out. Having that 13-hour flight, having to cut weight and having that jet lag -- I prevailed and overcame a lot of things.”

It won’t be exactly the same circumstances at Bellator 135, but Cochrane is eager to make a strong second impression after a disappointing promotional debut. Couture could be just the right opponent to get him there.