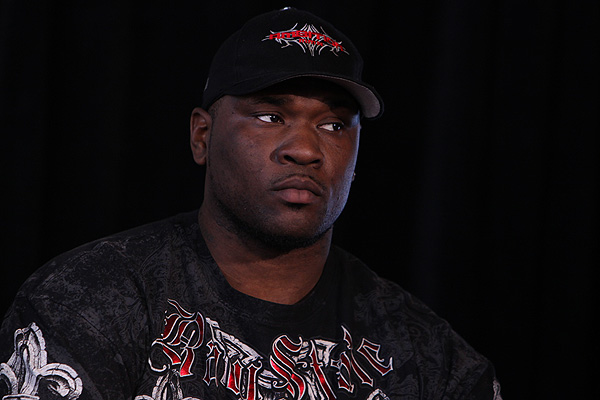 Sherdog.com confirmed the bookings Thursday with sources close to the bouts. The Oct. 5 show takes place at The Venue at Horseshoe Casino in Hammond, Ind., and features a heavyweight quarterfinal rubber match between Eric Prindle and Thiago Santos in the evening’s headliner.

Rogers was initially expected to face Ruslan Magomedov at the event, but visa issues forced the promotion to cancel the Russian’s debut. Likewise, Sherdog.com previously confirmed a quarterfinal pairing between Mark Godbeer and Ron Sparks last month, but that bout was scrapped due to injury. Currently, the future of Bellator's heavyweight division appears uncertain, as champion Cole Konrad unexpectedly retired this week, leaving the title vacant.

Rogers, 31, returned to the win column in his June 22 Bellator debut against Kevin Asplund. Prior to that triumph, “Da Grim” had posted just one win in his last six bouts and was released from his Strikeforce contract last summer following an arrest for alleged domestic assault. Volkov has won seven straight fights. The 23-year-old M-1 Global veteran last competed on May 26, knocking out Serbian Stefan Stankovic in the first round.

A Season 4 light heavyweight tournament veteran, Hale now joins Bellator's heavyweight ranks. “Rare Breed” fought his way to the finals of the Season 4 draw last year before ultimately falling by technical knockout to Christian M'Pumbu in the third frame at Bellator 45. Since that loss, the 27-year-old has picked up two wins in the Bellator cage, stopping Carlos Flores last year and then doing the same to Josh Burns on May 18. A onetime UFC competitor, Wessel made his lone Bellator appearance thus far on Aug. 24, taking a split verdict from ProElite vet Ryan Martinez at Bellator 73.

Holata has lost just once in his last 10 fights, falling by knockout to Ron Sparks in the Season 5 tournament quarterfinals. The 30-year-old rebounded from that defeat to tap Abe Wagner in his most recent bout, submitting “The Ultimate Fighter” Season 10 contestant with an Achilles lock. Quieroz has not fought since October 2010, when he was submitted by Brit Rob Broughton at UFC 120 and then allegedly tested positive for the steroid Stanozolol before receiving his promotional release.