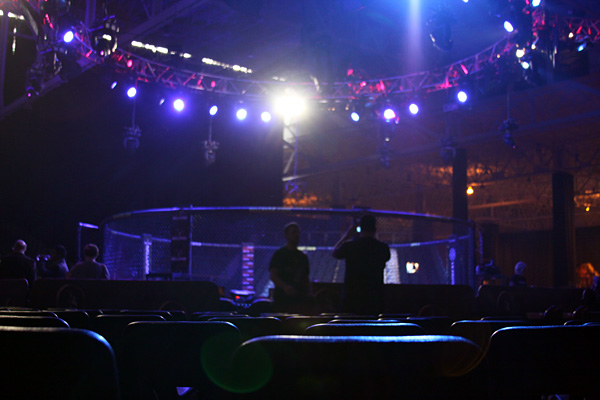 Thursday night’s two-hour broadcast of Bellator 88 on Spike TV averaged 807,000 viewers, according to an industry source.

The figure represents an upturn for the Viacom-owned promotion, which saw viewership decrease to 705,000 during last week’s Bellator 87. Bellator earned 938,000 viewers in its Spike TV foray, and 812,000 observers tuned in the following week for Bellator 86.

In addition to the average viewership, Sherdog’s source also confirmed that the card’s live broadcast earned a 0.7 rating in the M18-34 demographic, as well as a household rating of 0.64. The show’s immediate replay netted an additional 268,000 viewers on Spike TV, bringing the total viewership for the four-hour block to 1.07 million viewers.

Bellator 88 took place at The Arena at Gwinnett Center in Duluth, Ga., and was headlined by a middleweight title collision between tournament winners Alexander Shlemenko and Maiquel Jose Falcao Goncalves. Though the Brazilian was aggressive in the bout’s early going, Shlemenko’s pressure picked up in the second frame, with the Russian landing a series of nasty body shots that put Falcao on the mat, where he was then finished by a trio of jackhammer blows.