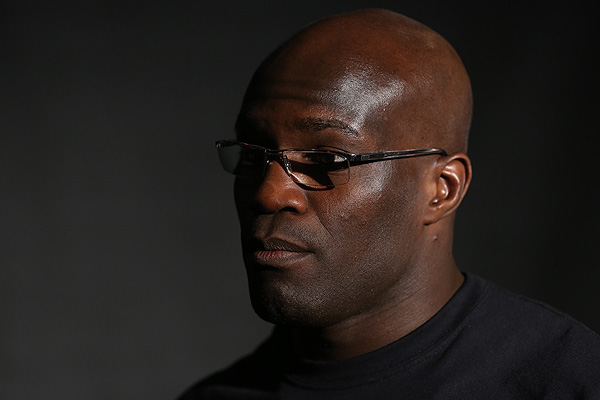 Promotion officials announced the news on Wednesday afternoon, revealing that Kongo will debut this September in the Season 9 heavyweight tournament. Quarterfinal pairings are expected to be announced shortly.

“After my contract was up in the UFC, I really wanted to take some time and reflect on everything,” Kongo said in the official release. “My longtime friend [Quinton Jackson] told me how well Bellator has been treating him and what we can do with Bellator, and after getting to know Bjorn Rebney, it just seemed like the right fit for me. I know I have plenty of fight left in me.”

Kongo, 38, departs the UFC with an Octagon record of 11-6-1. The Frenchman made his UFC debut in July 2006 with a victory over Gilbert Aldana and would go on to pick up wins over the likes Mirko Filipovic, Paul Buentello, Pat Barry and Matt Mitrione.

The heavyweight’s most recent victory came last year at UFC 149, when he outpointed Shawn Jordan in a unanimous verdict. However, Kongo was stopped by Roy Nelson this past April, falling by knockout at UFC 159. Kongo currently owns 10 of his 18 career wins by knockout and has been submitted just once in 12 years as a pro.