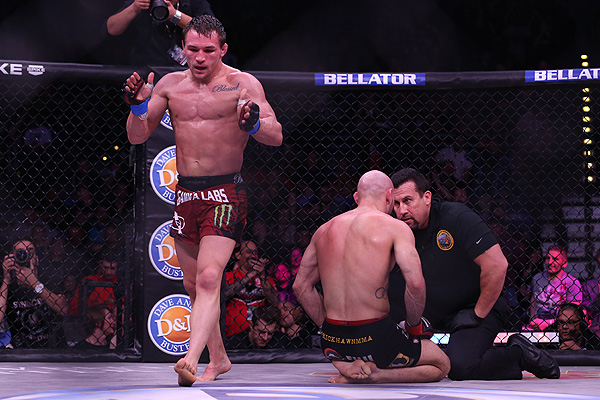 Organization officials announced the news on Thursday, just days before Chandler will defend his 155-pound title against David Rickels at Bellator 97 from the Santa Ana Star Center in Rio Rancho, N.M.

“In all my years in combat sports, I’ve never seen the growth and development in a fighter like we’ve all witnessed with Michael Chandler,” Bellator Chairman and CEO Bjorn Rebney said in the official release. “I believe Michael is the best lightweight in MMA. Given that, I felt it was paramount to keep Michael [with] Bellator for the long term. Both inside and outside the cage, Michael is a tremendous representative. Now, as one of the highest-paid lightweights in MMA, he’s without question earned that distinction.”

Chandler, 27, has produced a perfect 11-0 pro record since making his MMA debut in 2009. The former University of Missouri wrestling standout arrived in Bellator in 2010 and captured the Season 4 lightweight tournament crown before submitting Eddie Alvarez to win the organization’s world title the following year. Chandler then successfully defended his belt on Jan. 17, tapping Rick Hawn with a second-round rear-naked choke at Bellator 85.