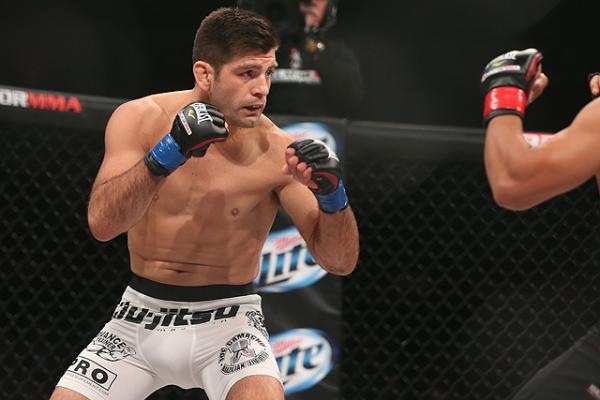 Bellator MMA and King of the Cage veteran Joe Camacho died Monday at the age of 41.

Camacho on Sunday returned home from a North American Brazilian Jiu-Jitsu Federation competition in Long Beach, Calif. According to his cousin, Charlie Valencia, Camacho told his girlfriend he was not feeling well over dinner. Valencia said the two later went to bed, with Camacho’s girlfriend awakening to his screams at 4 a.m. She called 911, and he was rushed to Queen of the Valley Medical Center, where he was pronounced dead of an apparent heart attack.

A Brazilian jiu-jitsu black belt under Aloisio Silva, Camacho debuted as a professional mixed martial artist in 1999 and compiled a 13-19-3 record. He made his final appearance at Bellator 106 in November, when he dropped a unanimous decision to Cleber Luciano.

“He was a pioneer in the sport,” Valencia said, “and we will miss him.”

Word of Camacho’s death hit those who knew him hard.