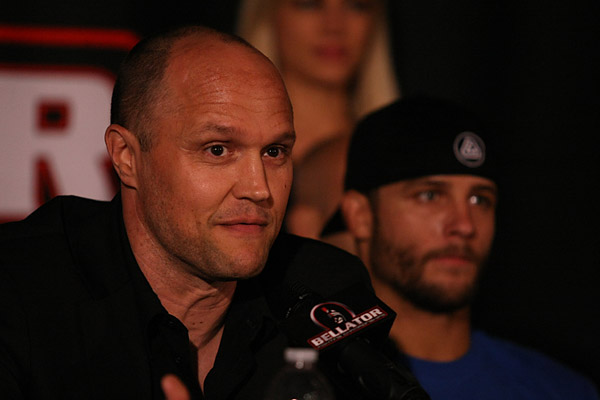 A new mixed martial arts video game based on the Bellator Fighting Championships will be available for download this summer, 345 Games and Spike TV have announced. Titled “Bellator: MMA Onslaught,” the game will be featured on Playstation Network and Microsoft Xbox Live Arcade.

“It was imperative that we create a mixed martial arts game accessible to all types of players, not just the hardcore MMA fan,” said 345 Games General Manager Dan Yang in the official release. “Fortunately, with ‘Bellator: MMA Onslaught,’ the player doesn’t need a doctorate in gaming or MMA to enjoy the nonstop action and excitement of the game.”

The upcoming release marks the first game to carry the Bellator trademark. Details on the title are currently scarce, but developers announced players will be able to create their own combatants and settle their differences online.

“Bellator has a roster of many of the world’s most exciting fighters, and we are thrilled to work with 345 Games to let fans experience our organization in a whole new way,” said Bellator CEO Bjorn Rebney. “Instead of just watching Michael Chandler’s incredible takedowns or Patricky ‘Pitbull’s’ devastating knockout power, fans can now get in the cage with ‘Bellator: MMA Onslaught’ and either fight with or against Bellator’s finest.”

Bellator kicks off its sixth season Friday on MTV2 with Bellator 60. Headlined by a featherweight title showdown between Joe Warren and Pat Curran, the event marks the promotion’s first effort in a Friday-night time slot. Based out of Los Angeles, Kung Fu Factory developed another mixed martial arts title in 2011: “MMA Supremacy.” Departing from the simulation-based model of the “UFC Undisputed” and “EA Sports MMA” lines, the game was created as a violent, arcade-style alternative for mature audiences.