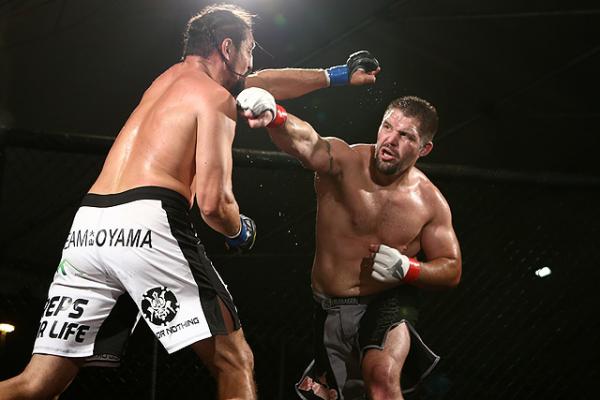 
Bellator MMA continues to bolster its roster, as the California-based promotion on Thursday announced the signing of UFC veteran and Titan FC heavyweight champion Chase Gormley.

Though specific details of the contract were not disclosed, Bellator did reveal that Gormley signed an exclusive, multi-fight deal. The news comes on the heels of a number of high-profile signings, including Josh Koscheck, Melvin Guillard and Phil Davis.

Gormley will join a heavyweight division that features the likes of Cheick Kongo, Bobby Lashley, and reigning champion Vitaly Minakov. A date and opponent for Gormley’s official promotional debut has yet to be determined.

“I’m ecstatic to have the opportunity to compete for Bellator MMA,” Gormley said in a statement. “I can’t think of a better way to show that I am one of the best heavyweights in the world than here, and with a platform like Spike it won’t be long before everyone knows my name.”

After beginning his pro career with six straight wins, Gormley signed with the UFC in 2009. The Los Angeles native hit the skids after losing in his first two UFC appearances, and continued to struggle after being cut by the Las Vegas-based promotion, going 1-2 with one no contest before getting back on track. Since losing to Beau Tribolet in 2011, Gormley has reeled off five consecutive wins.

Gormley scored a unanimous decision win over Dale Sopi in December at RFA 21 and most recently, decisioned John Madsen in March to win the Titan FC heavyweight title.