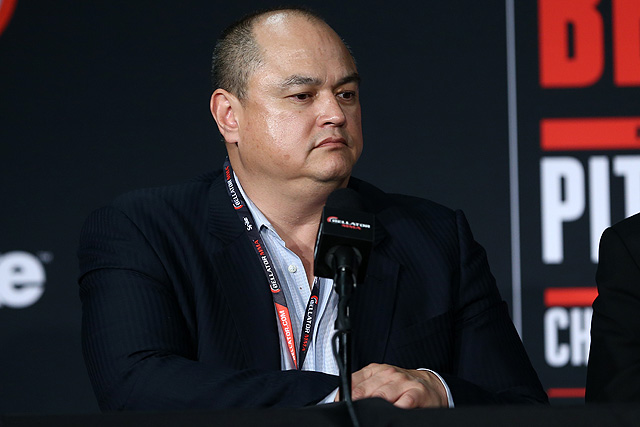 
It’s been quiet on the Bellator MMA front in recent months, but that could change in the very near future.

According to multiple sources close to the situation, the California-based promotion is targeting Mohegan Sun Arena in Uncasville, Connecticut, for a July 24 event. For Bellator to be able to hold that card, it must have its COVID-19 safety protocols approved by the Mohegan Tribe Department of Regulation. That will likely include extensive testing, social distancing measures, cleaning procedures and Bellator holding its fights with no fans in attendance.


Advertisement
As of this writing, it is currently unknown what bouts will take place on the card. A request for comment from Mike Mazzulli, president of the Mohegan Tribe Department of Athletic Regulation, was not immediately returned.

In recent months, multiple outlets reported that Bellator had designs on holding its first event since the COVID-19 pandemic at a studio space in California owned by Paramount or Viacom. It is unclear whether the organization still has those plans in place for future cards.

Bellator hasn’t held an event since Bellator 240 in Dublin on Feb. 22. Bellator 241 was slated for Mohegan Sun Arena on March 13 without fans or credentialed media in attendance, but the card was ultimately canceled after weigh-ins due to coronavirus concerns. The promotion subsequently postponed its remaining event schedule until further notice.