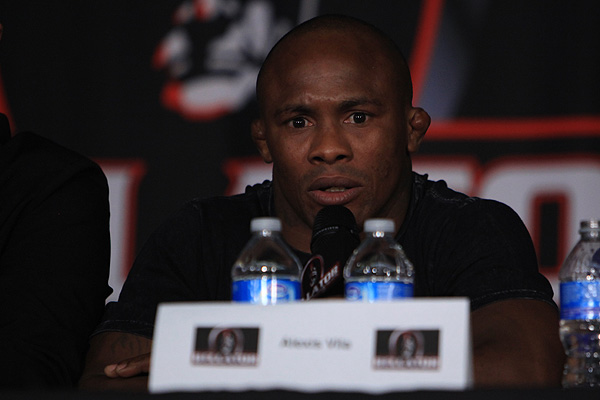 Bellator Fighting Championships has severed ties with two highly regarded 135-pound competitors on the heels of losses in the company’s Season 6 bantamweight tournament.

Cuban wrestling convert Alexis Vila and former Shooto world champion Masakatsu Ueda have been released from their contracts with the Chicago-based organization, Sherdog.com learned Monday from a source close to the situation.

World-ranked Ueda was eliminated from the bracket by underdog Travis Marx in an April 6 unanimous decision, while Vila dropped a three-rounder to Luis Nogueira on April 13. According to Sherdog’s source, the fighters were released due to lackluster performances in their quarterfinal bouts.

Ueda, 34, was a dominant force in the 132-pound division of Japan’s Shooto organization until his shocking March 2010 defeat at the hands of Shuichiro Katsumura. The Paraestra grappler subsequently racked up five straight wins, including decisions over Royler Gracie and previously unbeaten Kyoji Horiguchi, before entering the Bellator tournament. Ueda’s bout with Marx marked his first appearance in both Bellator and North America.

Vila made major waves in his Bellator debut last September when he knocked then-featherweight champion Joe Warren out of the Season 5 bantamweight tournament. The 41-year-old “Exorcist” would advance to that season’s final, where he was outpointed by current Bellator 135-pound ace Eduardo Dantas. Vila’s back-to-back defeats against Dantas and Nogueira mark the first setbacks of his career.