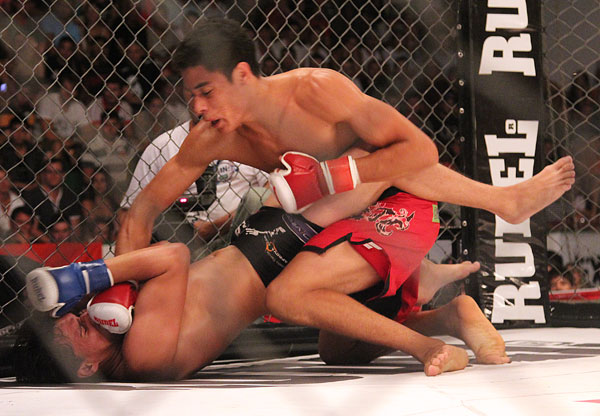 Just 19 years old, Neves has already competed 28 times as a professional and brings a perfect record with him to Bellator. “Morceguinho” owns 17 of his career wins via form of knockout and has gone the distance just three times in his two years of competition.

Duarte began his pro career in 2003 and owns 12 of his 13 victories by way of knockout. “Foguete” has won two of his last three bouts, though he was submitted in his most recent outing, succumbing to a guillotine choke in August at Watch Out Combat Show 28.

A veteran of 31 bouts, Marlon has won eight of his last nine fights, with his only loss in that span coming to highly-touted prospect Goiti Yamauchi this past May. Marlon last competed on Sept. 7, when he stopped countryman Francisco Cylderlan Lima da Silva within the Iron Fight Combat organization.