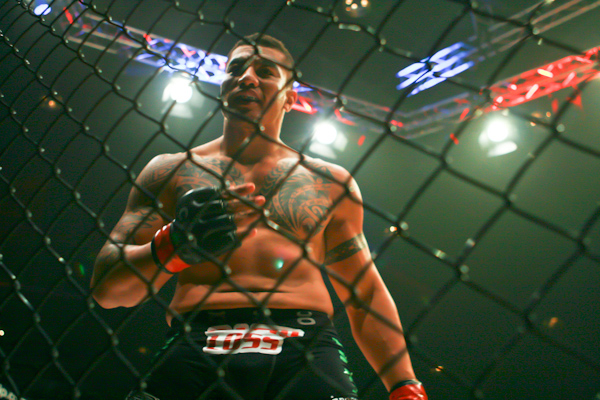 Soa Palelei will look for his third UFC victory on May 10. | Louie Abigail/Sherdog.com

Heavyweights Soa Palelei and Ruan Potts will also compete at the event, which takes place May 10 at U.S. Bank Arena and airs live on Fox Sports 1.

Wall sustained the first loss of his career in his Dec. 7 Octagon debut, suffering a 43-second knockout at the hands of Alex Garcia at UFC Fight Night 33. The Australian turned pro in 2010 and has since earned five of his seven victories by way of decision.

Salas has thus far gone 2-2 in his UFC stint, sandwiching a technical knockout loss to Tim Means between decision wins over Aaron Riley and Anton Kuivanen. Most recently, “J-Bomb” was submitted by Thiago Tavares this past November, tapping out to a rear-naked choke at UFC Fight Night 32.

Palelei, 36, has scored 16 of his 20 victories by way of knockout since debuting in 2002. “The Hulk” made his Octagon foray last August, stopping Nikita Krylov before doing the same to Pat Barry in December to extend his current winning streak to 10 fights.

A two-time EFC Africa heavyweight champion, Potts captured the title in 2011 but relinquished the belt to Andrew van Zyl last March. The South African responded by rattling off three straight victories, most recently submitting van Zyl on Dec. 12 to regain the championship in just 44 seconds at EFC Africa 26.