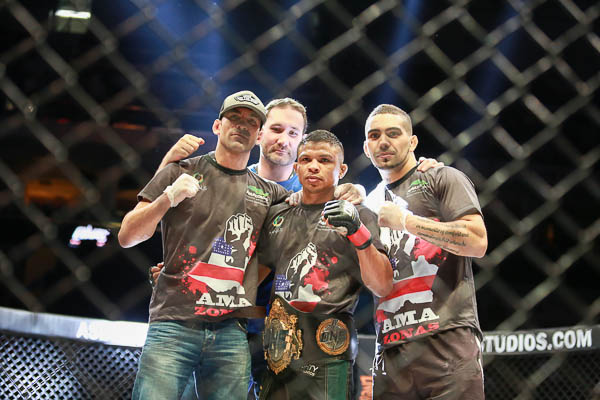 A bantamweight title unification bout between Bibiano Fernandes and Soo Chul Kim will headline One Fighting Championship’s return to Singapore on Oct. 18.

The promotion on Monday announced the event, which will take place at Singapore Indoor Stadium in Kallang, Singapore. The main card of One FC 11 “Total Domination” will be available via online pay-per-view at OneFC.Livesport.tv, while the first two undercard bouts will stream live and free on Sherdog.com. In addition to the Fernandes-Kim headliner, women’s bantamweight Sherilyn Lim will make her One FC debut.

A former two-division champion in Dream, Fernandes captured the One FC interim strap in May, cruising to a unanimous decision over Koetsu Okazaki for his sixth consecutive win. The AMC Pankration-based Brazilian made his promotional debut in August 2012, taking a three-round verdict against Gustavo Falciroli at One FC 5.

Kim, meanwhile, won the 135-pound strap last October when he knocked out Leandro Issa 15 seconds into the second round at One FC 6. The interim belt was created when the 21-year-old Team Force representative was shelved due to injury, however. Kim enters the contest riding a three-fight winning streak, with triumphs over Issa, Kevin Belignon and Shoko Sato to his credit.