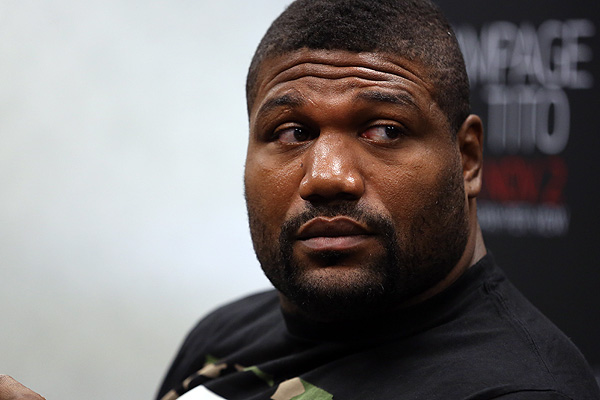 A rumored matchup between Quinton “Rampage” Jackson and Roy Jones Jr. was actually discussed, according to Bellator CEO Bjorn Rebney.

The bout didn’t come together, but it could be made in the future, Rebney said.

“We started talking to Roy three months before the first hint of anything came out about him and potentially Anderson [Silva], and then it transitioned from him and Anderson to him and Rampage,” Rebney told the Sherdog Radio Network’s “Cheap Seats” show. “Rampage and I and Rampage’s management at Wolfslair had a series of conversations with Roy, so it wasn’t as if it was just a sleight of hand or a card from the bottom of the deck. There were real conversations going on. There was real interest. There was real communication about it.”

Instead of Jones versus Jackson, though, Bellator has paired Rampage against Tito Ortiz as the headliner for its first pay-per-view. The show takes place Nov. 2 at the Long Beach Convention Center in Long Beach, Calif.

“The reality is Quinton’s standup game is amazing,” said Rebney while discussing the possibility of the Jones-Jackson bout. “He’s got a crazy chin. He’s always been interested in doing something like that, so who knows what’s going to happen, but that was not the focal point of the pay-per-view. I knew for a long time that the pay-per-view, up top, was going to be Rampage versus Tito and then we were going to support it with amazing fights like [Chandler vs. Alvarez 2].”

That doesn’t mean a bout between Jackson and Jones is off the table forever, though.

“There were real discussions between Roy and his team and me and Roy and Quinton and I and Quinton’s team,” Rebney said. “So you never know. I don’t know what’s going to happen in the future.”

Listen to the full interview (beginning at 43:33).