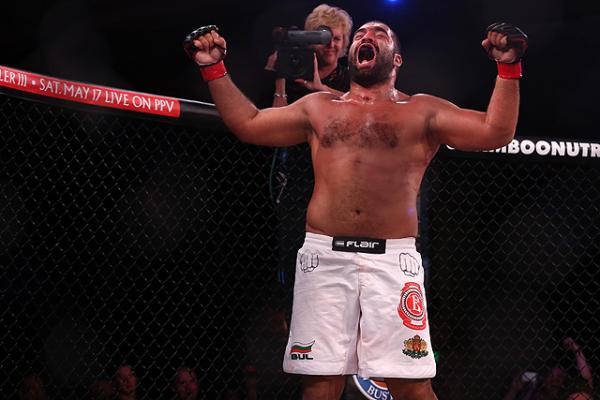 Blagoi Ivanov punched his ticket to the finals at Bellator 116. | Photo: Dave Mandel/Sherdog.com

Ivanov submitted Johnson with a first-round keylock in the Bellator MMA Season 10 heavyweight tournament semifinals at Bellator 116 on Friday at the Pechanga Resort and Casino in Temecula, Calif. Johnson (18-9, 1-2 Bellator) asked out of the fight 4:08 into round one, as he lost for the fourth time in his past five outings. 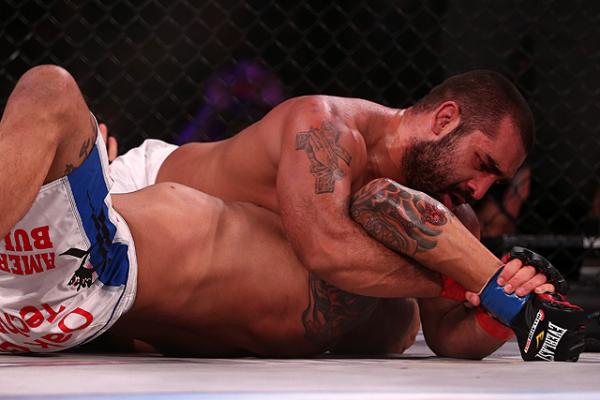 Photo: D. Mandel/Sherdog.com
Ivanov made Johnson cry uncle.
A 2008 World Sambo Championships gold medalist who survived a near-fatal stabbing a little more than two years ago, Ivanov (11-0, 6-0 Bellator) withstood a few awkward moments on the feet with the heavy-handed American. The 27-year-old scored with a head-and-arm throw, isolated Johnson’s arm and cinched the keylock for the submission.

“I feel amazing -- great,” Ivanov said. “Thanks to God, because I’m here. I want to thank my friends and family and coaches.” 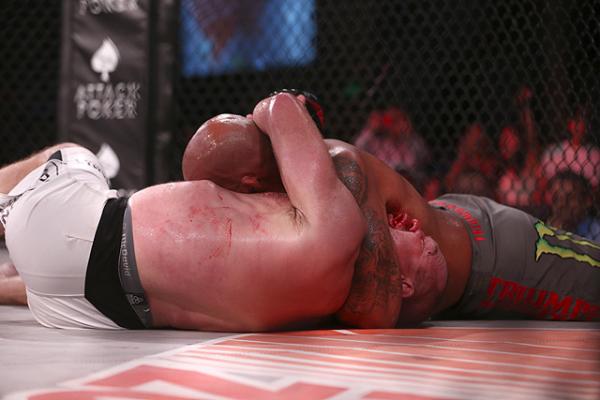 Matyushenko kept the “Mexecutioner” at bay with a stiff jab and a series of straight rights for the better part of 10 minutes, but the 43-year-old Belarusian ran out of gas. Beltran piled up the punches in round three, forcing “The Janitor” to dive on a takedown out of desperation.

An effective sprawl left a battered, bloodied and fatigued Matyushenko on the bottom, hopelessly trapped in the choke. The tapout followed a brief struggle.

“I thought the first round could have gone either way,” Beltran said. “I knew he got the second round, so I knew I had to come out strong and at least dominate the round.”

Matyushenko, who debuted in September 1997, calls it a career after 35 professional appearances. 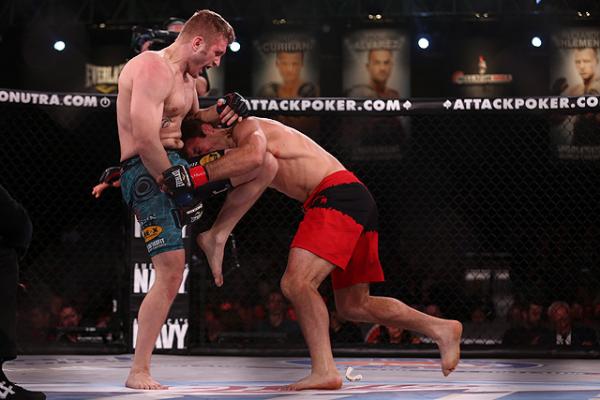 Photo: D. Mandel/Sherdog.com
McDonough destroyed a respected foe.
Adam McDonough knocked out American Top Team’s Nathan Coy with a left hook in the second round of their Season 10 welterweight tournament semifinal. Coy (14-5, 2-1 Bellator) succumbed to an accumulation of punishment -- the left hook was the last straw -- 30 seconds into round two.

McDonough (11-0, 3-0 Bellator) withstood the onetime Maximum Fighting Championship titleholder’s initial rush and bided his time. The 28-year-old Minnesotan wobbled Coy with a right uppercut in the opening frame and nearly finished him with an ensuing barrage of ground strikes.

Though the fight progressed to a second round, the damage had been done.

Early in round two, McDonough zapped his still-unsteady counterpart with a straight left, closed the distance and uncorked a clean left hook for the finish.

“Nate Coy in my opinion is one of the most underrated welterweights in the world,” McDonough said. “I knew he was tough and resilient, and he’s been in there with some of the best. I was just going to keep my composure and go from there. We watched a lot of video. We knew that left hand was there, so we drilled it, and that baby was on point tonight.”

McDonough will face the winner of the forthcoming Bellator 118 matchup between Andrey Koreshkov and Sam Oropeza in the tournament final. 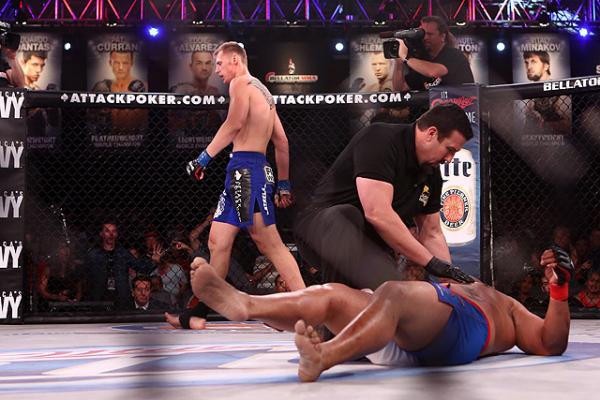 Photo: D. Mandel/Sherdog.com
Volkov displayed a violent assault on Mighty Mo.
Former Bellator champion Alexander Volkov knocked out Siala-Mou Siliga with a first-round head kick in the Season 10 heavyweight tournament semifinals. Volkov (21-4, 5-1 Bellator) sealed the deal 2:44 into round one, as he won for the 12th time in 13 appearances.

Siliga (6-3, 3-1 Bellator) tried and failed to stifle the lanky Russian in the clinch. After a referee restart, Volkov cracked “Mighty Mo” with a knee, followed with a short right uppercut and then connected with the fight-ending kick.

Foot met face, and an unconscious Siliga fell backward, his head bouncing off the canvas.

“It was the exact kick that we worked on,” Volkov said. 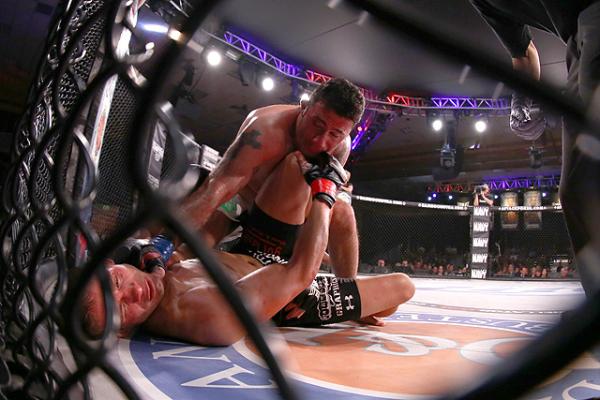 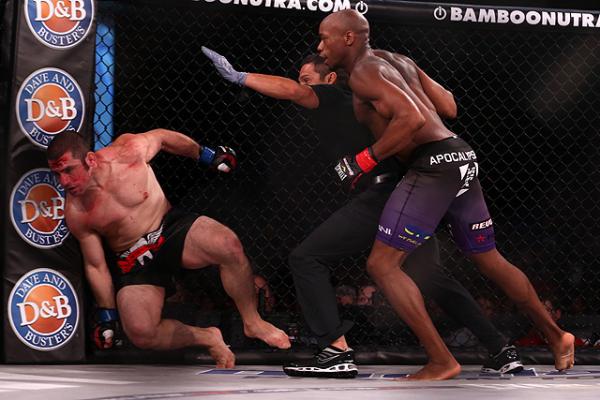