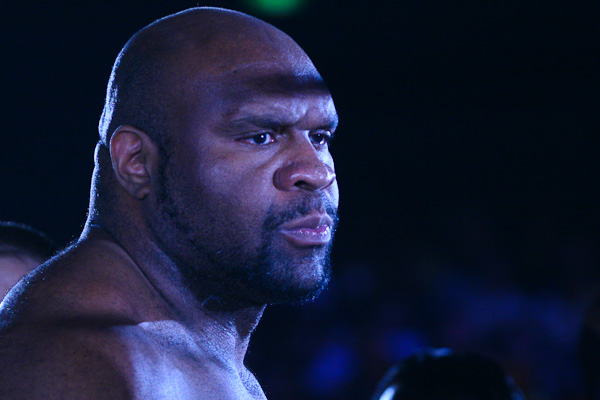 Bob Sapp will enter the cage in a new capacity next month. | Photo: Daniel Herbertson/Sherdog.com

The organization Wednesday revealed that Sapp will make his debut as a cage announcer during Road FC 19 on Nov. 9 at Seoul Olympic Hall.

The card’s main event features a middleweight contest pitting Riki Fukuda against Dool Hee Lee. In the co-main event, Dong Sik Yoon will face Amilcar Alves, who fills in for Luis Ramos because of injury.

However, Sapp won only once in his final 16 fights, losing 15 by either technical knockout or submission. The 41-year-old officially retired in May 2014, leaving an overall record of 11-18.