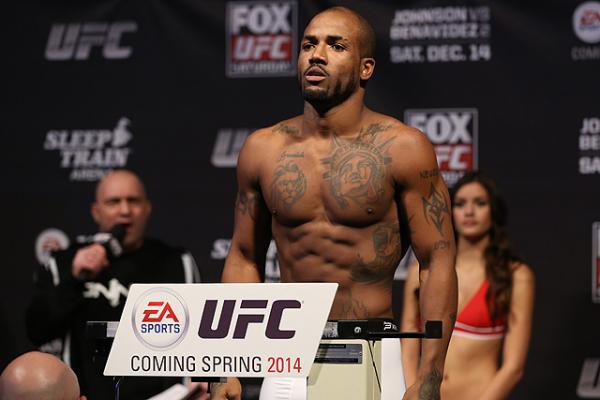 
Nearly six months after originally being scheduled to fight at UFC 169, Ultimate Fighting Championship Officials have confirmed that Abel Trujillo and Bobby Green will in fact square off at UFC 176.

Green was forced to withdraw from the first scrap due to lingering injuries suffered in his bouts with James Krause and Pat Healy. Trujillo went on to defeat Green’s replacement, Jamie Varner, via knockout and was slated to do battle with Myles Jury later this month at UFC Fight Night “Swanson vs. Stephens,” but an injury to Jury nixed that tilt as well.

UFC 176 takes place at Staples Center in Los Angeles and is headlined by a featherweight title rematch between Jose Aldo and Chad Mendes.

Since losing to Khabib Nurmagomedov at UFC 160, Blackzilian team member Trujillo has seemed like an entirely different fighter. Following a no-contest against Roger Bowling, “Killa” made good on the rematch by dispelling of his opponent by TKO. He parlayed this success with an emphatic win against Varner that claimed the now-defunct “Knockout of the Night” bonus.

Green is currently entrenched in a seven-fight win streak and is 3-0 thus far inside the Octagon. His last action saw him win a grueling three-round decision against Pat Healy. Green has a habit of finishing fights, as 17 of his 22 victories have come by way of knockout or submission.