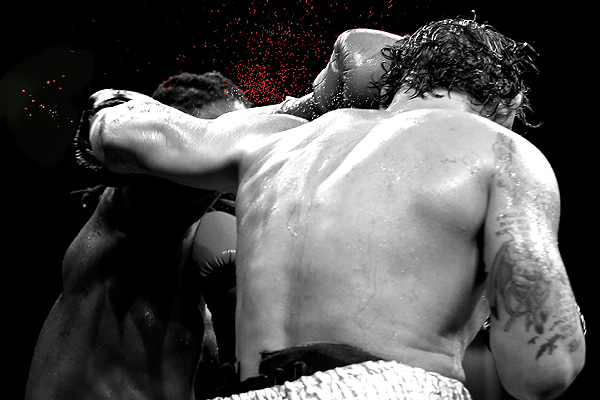 Premier Boxing Champions on Wednesday announced that unbeaten heavyweight prospect Gerald Washington will return to the ring on Oct. 13 to face Amir Mansour in a 10-round affair. The bout will headline PBC’s “Toe-To-Toe Tuesdays” card on Fox Sports 1.

Washington (16-0, 11 KOs) has been tearing through the heavyweight ranks and has looked impressive in doing so. He’s coming off a 10-round unanimous decision win over longtime veteran Jason Gavern in March, his best win to date. The Californian has been moving along at a steady pace and he should be in for a sturdy test against Mansour, who has been equally hot.

“I’m looking forward to stepping into the ring with Amir Mansour,” Washington stated in a release. “This is my time to make a statement. I will make an example of him to let the heavyweight division know that there’s a new sheriff in town.”

Mansour has taken on better overall competition thus far in his career and has won two straight since losing to Steve Cunningham via decision last April. The New Jersey native fought Gavern as well, but Mansour knocked him out in the first. Mansour (22-1, 16 KOs) also holds wins over solid pros like Fred Kassi, Dominick Guinn and Maurice Harris.

“Gerald Washington has not even come close to fighting someone of my caliber,” countered Mansour. “He has zero advantage except for height and I’m experienced enough to take that away. The match against me is going to introduce Washington to an entirely new world of fighting and I’m sure he isn’t prepared for this type of fight.”

The event will be held at Little Creek Casino Resort in Shelton, Wash. The televised portion of the card will air live on Fox Sports 1 and Fox Deportes starting at 9 p.m. ET/6 p.m. PT.