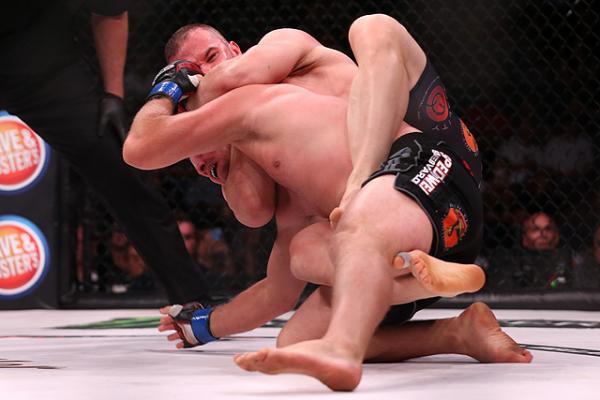 
The changing of the guard was quick and clinical.

Brandon Halsey submitted Alexander Shlemenko with a first-round rear-naked choke to take the Bellator MMA middleweight championship by force in the Bellator 126 main event on Friday at the Grand Canyon University Arena in Phoenix. The end came 35 seconds into round one, as the fallen champion fell unconscious in Halsey’s clutches.

Halsey (8-0, 6-0 Bellator) hit an immediate takedown and jumped to a rear-naked choke on the unsuspecting Russian. He secured his hooks, rolled to his back and tightened his squeeze until Shlemenko (50-9, 11-3 Bellator) went to sleep. 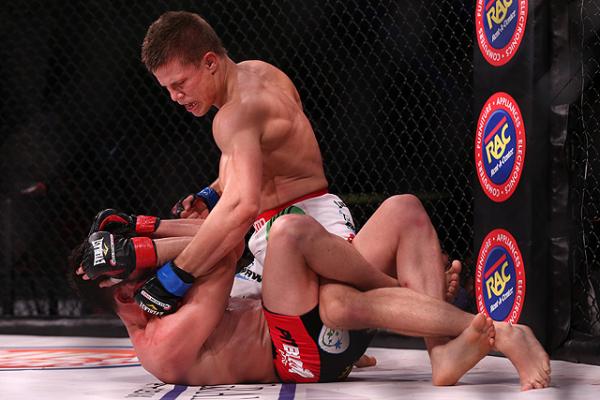 (+ Enlarge) | Photo: D. Mandel/Sherdog.com
Held dominated and muzzled Pitbull.
A relentless and supremely conditioned Marcin Held cruised to a unanimous verdict over Patricky Freire in the Bellator Season 10 lightweight tournament final. All three cageside judges scored it for Held (20-3, 9-2 Bellator): 29-28, 30-27 and 30-26. The 22-year-old Brazilian jiu-jitsu black belt will face the winner of the forthcoming Bellator 131 showdown between Will Brooks and Michael Chandler for the lightweight championship.

Freire (13-6, 6-5 Bellator) could not keep the Pole at bay. After a competitive first round, Held found another gear.

He executed repeated takedowns, threatened with various submissions and carved up the Brazilian with slashing elbows from the top. Rounds two and three were decidedly one-sided, with Held achieving full mount with a little more than two minutes remaining in the fight. By then, Freire was a beaten man. 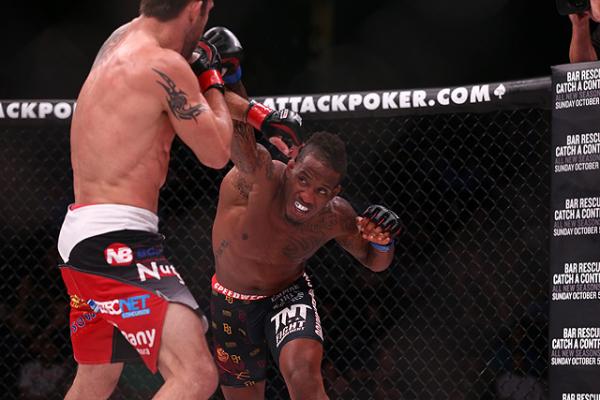 Meller (19-6, 0-1 Bellator) did not enjoy his organizational debut. Jenkins struck for takedowns in all three rounds, denied the Brazilian’s submission advances and fed him a steady diet of forearm strikes, elbows and hammerfists from the top.

By the time it was over, Meller was bleeding from cuts near both eyes and dealing with substantial swelling to the left side of his face. 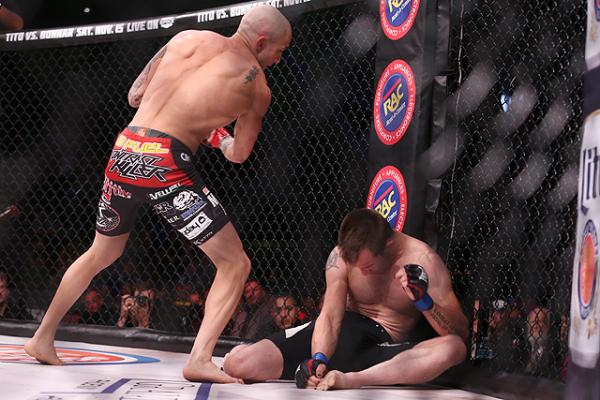 (+ Enlarge) | Photo: D. Mandel/Sherdog.com
Richman melted West with a combo.
The Academy’s Mike Richman knocked out Ed West with a crisp two-punch combination in the first round of their bantamweight showcase. Richman (17-5, 6-4 Bellator) folded the Apex MMA representative 2:44 into round one, halting a two-fight losing streak.

West (18-9, 4-4 Bellator) was on his heels from the start. Richman pressed forward, walking through punches and kicks as he slowly tightened the noose around his counterpart. A head kick staggered West before Richman uncorked a right hook-left cross combo that turned out the lights.The 30-year-old West has lost four of his last five bouts. 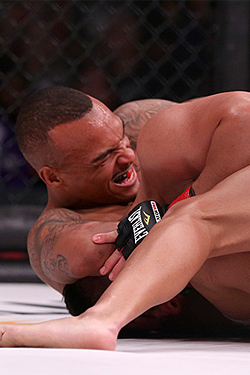