MMA trainer Marco Jara was found murdered from three gunshots Thursday in Santa Cruz, a suburb of Rio de Janeiro, according to a report from Redo Globo TV.

Jara, who trained the likes of Marco Ruas and Mirko “Cro Cop” Filipovic, was heading with a friend to Parati, a city two hours outside Rio, to spend the holidays. Jara, 39, reportedly stopped his Land Rover to retrieve something from the trunk, and the vehicle was robbed by two men.

Jara reacted to the armed men, but could not get the gun, said Rio police. Jara’s friend was shot and thrown out of the car, while Jara was kidnapped by the gunmen. Jara’s body was found two hours later in his car, which was parked in front of the dangerous Favela do Sapo slum. Jara’s friend is in a local hospital recovering.

Jara’s full name was Marcos Adriano Albuquerque. He lived in Los Angeles for nearly 20 years and was instrumental along with Federico Lapenda in bringing vale tudo great Marco Ruas to the UFC in 1995. IVC promoter Sergio Batarelli named Jara among the best MMA trainers in the world. The Brazilian jiu-jitsu black belt was one of the trainers responsible in assisting Croatian striker Cro Cop’s transition from K-1 to MMA. Jara was also said to have been hired by K-1 to train Mike Tyson for MMA. 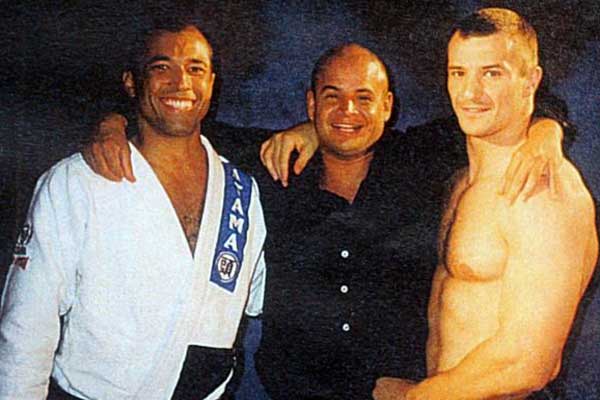