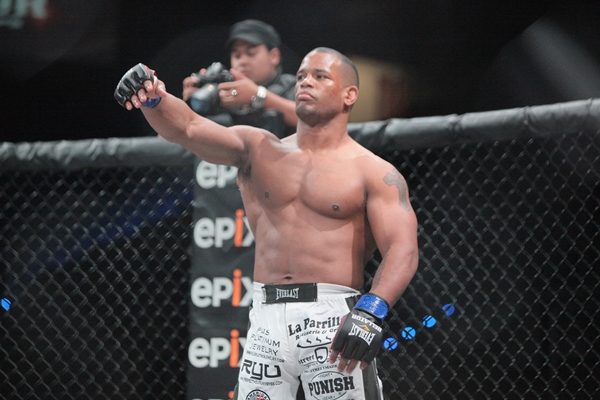 Last week, the UFC acquired the services of Bellator middleweight champion Hector Lombard, and the question began circulating: Who will he fight first? Today, there is an answer.

White did not specify a date for the 185-pound bout, but MMAJunkie.com reports that the matchup is being targeted for UFC on Fox 4, which is slated for Aug. 4 in Los Angeles. That card will also feature a lightweight tilt between two fringe contenders looking to rebound: Joe Lauzon and Terry Etim.

Lombard, 34, has not lost since 2006 and currently boasts one of the most impressive winning streaks in MMA, having won his last 20 starts. The Cuban expat racked up a perfect 8-0 record in the Bellator cage, capturing the company’s middleweight title and defending once against Alexander Shlemenko. Lombard was last seen in November, when he pummeled fellow veteran Trevor Prangley to a second-round stoppage in a non-title bout.

A winner in four of his last five, 31-year-old Stann found himself one victory away from a title shot before being derailed by Chael Sonnen last October in a second-round submission defeat. The former U.S. Marine made a statement in his return earlier this month, punching out Alessio Sakara in less than two-and-a-half minutes.