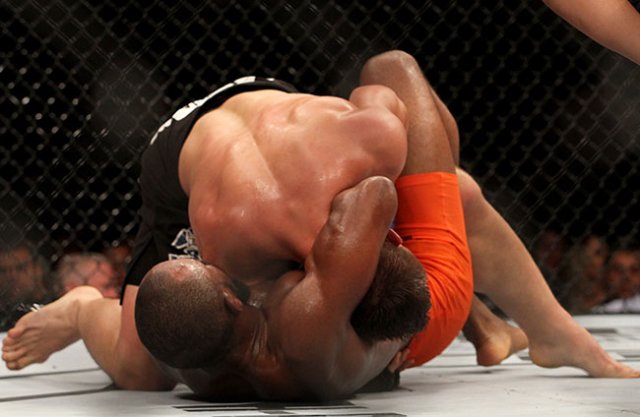 
The Brazilian MMA Athletic Commission (CABMMA) has changed the result of last Saturday’s bout between Leandro Silva and Drew Dober to a no contest.

Silva defeated Dober via guillotine choke 2:45 into the second round of their lightweight encounter at UFC Fight Night "Maia vs. LaFlare" at Maracanazinho Gymnasium on March 21. Referee Eduardo Hardy halted the bout even though it appeared that Dober was conscious and in the process of defending the maneuver.

Earlier this week, the commission released a statement claiming “there is no action CABMMA can take at this time and the result will be maintained.” At the time, Dober had yet to challenge the decision, but UFC Tonight reported on Wednesday that the American’s team had filed an appeal.

On Thursday, the Brazilian Commission changed its position. Its full statement is as follows:

The Brazilian MMA Athletic Commission (CABMMA) has done a relevant research and analysis of precedents involving government and independent regulatory bodies to decide on how to proceed in Leandro Silva-Andrew Dober ́s case. There was no international jurisprudence found and record of overturned result based on an incorrect judgment call of the referee, when specifically not related to misinterpretation of the rule.

After receiving a detailed technical report from Mr. Eduardo Herdy, referee in charge of the bout mentioned in the case, which in the end clearly states that his stoppage was to preserve the fighter ́s integrity, being that his highest responsibility when it comes to the duty of a referee, he has admitted his professional mistake and is willingly in favor to forgo his authority in the bout.

Due to the factors involved and after receiving Mr. Andrew Dober ́s formal appeal, CABMMA has defined a fourth provision regarding the change of decision after contest or exhibition, which follows below."The Executive Committee may, on an exceptional basis, revert a decision to "no contest" if it determines that a good faith judgment call of a referee was mistaken and therefore considered a self-evident error. Such decision may be taken provided (i) an appeal is filed with the commission within 72 hours of the relevant bout, (ii) the appeal is accompanied by a video (or link thereto) of the bout showing the challenged judgment call, (iii) upon request by the Executive Committee, the relevant referee presents a written justification of his judgment call and (iv) after analysis of the relevant video and justification , the Executive Committee determines that the judgment call was in good faith but considered a self-evident error."

In addition, based on the success of the New Jersey State Athletic Commission and its resource to help prevent similar cases by the usage of instant reply, CABMMA will study the possibilities of using this same resource in future events where promoters have the infrastructure to provide so. New protocols are, as of this moment, being analyzed with the purpose of identifying such palpable errors during the events. It is important to state that Mr. Larry Hazzard, Sr. (Commissioner) has shown CABMMA a new perspective of conducting events in Brazil, creating a safer and fairer environment for MMA.

Regarding Mr. Eduardo Herdy, CABMMA is thankful for his professionalism in recognizing this error, helping the entity evolve in its regulatory affairs in Brazil by seeking the development of higher standards and demonstrating his commitment as an official referee of the sport.

Consequently, after reviewing the case, the Executive Committee presided by Mr. Rafael Favetti (Chairman & CEO) and Mr. Cristiano Sampaio (COO), has decided to overturn the result of Leandro Silva vs. Andrew Dober bout and is officially determining it as a NO CONTEST.