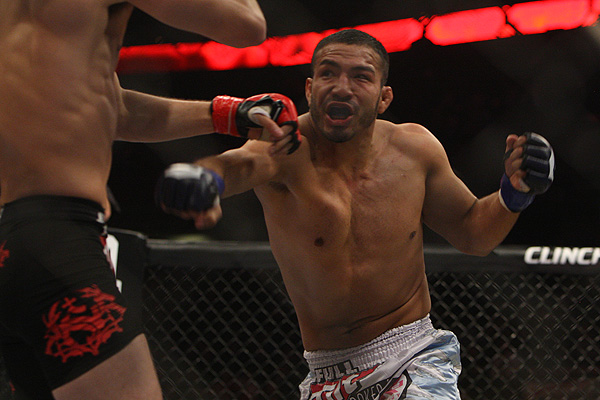 Billy Evangelista and James Terry are slated to square off on May 19, Strikeforce officials announced Wednesday.

Highlighted by a heavyweight grand prix final between Josh Barnett and Daniel Cormier, the event takes place at HP Pavilion in San Jose, Calif. Terry-Evangelista will appear on the Showtime Extreme undercard broadcast immediately preceding the main card on Showtime.

Evangelista, 31, recently lost back-to-back fights for the first time in his six years as a pro. The American Kickboxing Academy talent began his career with 11 victories and one no-contest before falling by unanimous decision to Jorge Masvidal in March 2011. Evangelista was then turned away by K.J. Noons this past December, dropping another unanimous verdict at Strikeforce “Melendez vs. Masvidal.”

Like his opponent, Terry also hails from central California and started his career on a hot streak, winning 10 of his first 12 fights. However, the 31-year-old has lost twice in his last three outings, falling to prospect Caros Fodor last June before rebounding with a knockout win over Magno Almeida in September. The lightweight then kicked off 2012 with another defeat, dropping a split decision to Nah-Shon Burrell on Jan. 7.