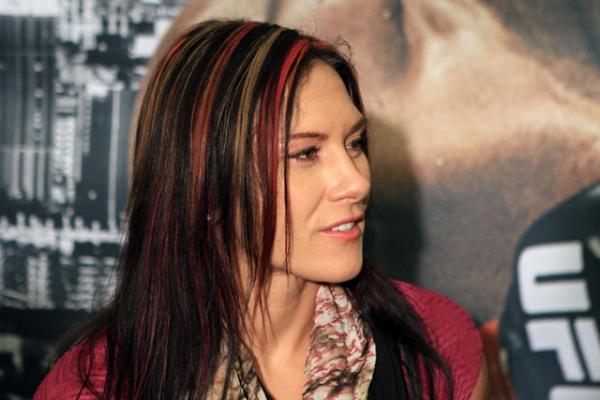 
Cat Zingano officially put an end to any hopes of a Ronda Rousey-Gina Carano pairing in the immediate future with her technical knockout victory against Amanda Nunes at UFC 178.

UFC President Dana White confirmed the promotion’s plans to have Zingano challenge Rousey next during the post-event press conference. White also added the bout will likely take place at UFC 182 on Jan. 3 in Las Vegas.

The matchup is 17 months overdue for Zingano, as she was supposed to have fought “Rowdy” at UFC 168 before falling victim to two separate knee injuries. Zingano was also slated to coach alongside Rousey on “The Ultimate Fighter.”

For the plan to go back into effect, Zingano knew she needed a victory on Saturday.

“I’m really glad I got through my first fight back from the injury tonight. I think I was really tested out there on top, on bottom, and on the feet. I wanted to be aggressive and come out firing straight away, but I got a little careless and started getting beat up in that first round,” Zingano said. “The throws were just a matter of me incorporating my old wrestling training. I use those a lot in training, but I don’t get many chances in the fights. When you’re out there it just all sort of flows and it worked.”

If Zingano had not been able to pull out a win, all signs were pointing to Carano coming into the UFC and being thrust into the title picture. Not only has the UFC brass pushed for it, but Rousey has publicly stated she wanted the fight too. Zingano had plenty to say in the emotional aftermath of her victory. White explained during the press conference that the No. 1 contender screamed at him after the fight if he “saw her.”

It worked. While White said that he may have been hesitant to believe Zingano could come back into the fray after such a long time on the shelf and make an immediate impact, her performance on the main card dispelled of his doubts.

“I think that’s the statement she wanted to make, and she made it loud and clear,” White said. “She’s been away for awhile; she had some injuries; she’s dealing with some personal problems. She is back. I think the fans can see her, and she needed to remind everybody why she was in line for a title fight. She did it tonight.”

For her part, Zingano is eager to try and claim her place atop the women’s bantamweight division.