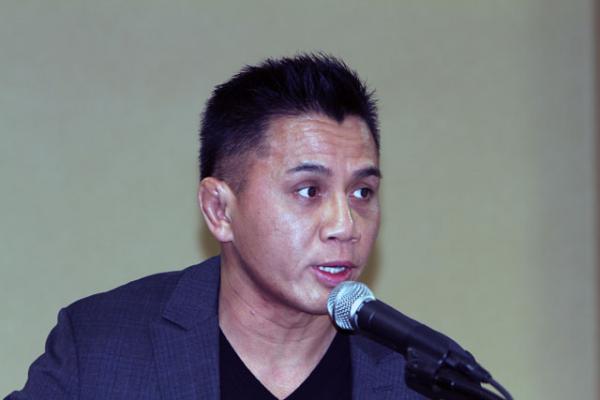 Cung Le is one of three fighters suing the UFC. | Photo: Jeff Sherwood/Sherdog.com


Cung Le, Jon Fitch and Nate Quarry have united to file a class-action lawsuit against the Ultimate Fighting Championship.

According to a release, the multi-million dollar lawsuit accuses the UFC of “illegally maintaining monopoly and monopsony power by systematically eliminating competition from rival promoters, artificially suppressing fighters’ earnings from bouts and merchandising and marketing activities through restrictive contracting and other exclusionary practices.”

BloodyElbow.com initially broke the story on Saturday evening, and the lawsuit was announced at Hyatt Place hotel in San Jose, Calif., on Tuesday afternoon.

The civil action is officially entitled Cung Le, et al v. Zuffa, LLC, d/b/a Ultimate Fighting Championship and UFC. It alleges “that the plaintiffs are victims of the UFC’s illegal scheme to eliminate its competition in the sport of MMA and suppress compensation for UFC Fighters from bouts and fighter identities and likenesses.” The lawsuit was filed in US District Court for the Northern District of California on Tuesday.


The UFC issued a brief response shortly after the press conference.

“The UFC is aware of the action filed today but has not been served, nor has it had the opportunity to review the document,” the statement read. “The UFC will vigorously defend itself and its business practices.”

The plaintiffs are represented by antitrust litigation firms Cohen Milstein Sellers and Toll PLLC, Berger & Montague, P.C., Joseph Saveri Law Firm, Inc. and Warner Angle Hallam Jackson & Formanek PLC. More details about the case, including the complaint and biographies of the plaintiffs, can be viewed here.

Currently there are no other fighters involved in the lawsuit, but that could change as the case unfolds, as the legal team stated that it has not yet made a decision to include any more athletes.

“The UFC was built on the battered bodies of MMA fighters who have left their blood and sweat in the Octagon. Those fighters are entitled to the benefits of a competitive market for their talents,” counsel Benjamin Brown said.

The lawsuit emphasizes that the UFC’s “monopolistic practices” have limited and reduced fighters’ ability to make money.

“Because of the UFC’s coercive practices, competitive market forces have been strangled, future earnings power of the athletes is stripped away, and purses to the fighters are artificially depressed,” Le said.

The suit refers to the UFC as a $2-billion outfit and claims that the organization’s only real competition was eliminated when the promotion purchased Strikeforce, allowing it “control of more than 90 percent of the revenue derived from live MMA bouts nationwide.”


“The lawsuit alleges that the UFC has engaged in an illegal scheme to eliminate competition from rival MMA promoters by systematically preventing rivals from gaining access to ingredients critical to successful MMA promotions, including by imposing extreme restrictions on UFC fighters’ ability to fight for rivals during and after their tenure with the UFC,” co-counsel Michael Dell’Angelo said. “The UFC also takes the rights to fighters’ names and likenesses in perpetuity. As a result of the UFC’s scheme, we allege that UFC fighters are paid fraction of what they would earn in a competitive marketplace.”

Le, who recently requested his release but is currently under UFC contract, was in attendance along with Quarry. Fitch, who suffered a knee injury in his loss to Rousimar Palhares at WSOF 16 on Saturday, called into the press conference.

The 42-year-old Le last competed at UFC Fight Night in Macau on Aug. 23, when he suffered a fourth-round TKO loss to Michael Bisping. After the bout, Le tested positive for excess levels of HGH and was suspended for 12 months by the UFC. The promotion later determined that Le’s elevated HGH level alone did not indicate that he took performance enhancing drugs prior to facing Bisping and lifted the fighter’s suspension due to a lack of conclusive lab results. Le reiterated that he has no interest in fighting for the UFC again during the press conference.

Fitch, meanwhile, was released by the UFC in 2013 following a loss to Demian Maia at UFC 156. A former welterweight title challenger, Fitch has been quite vocal in the past when it comes to his former employer’s compensation practices.

Quarry officially retired from MMA in 2012, but his last Octagon appearance came in March 2010, a second round TKO loss to Jorge Rivera at UFC Fight Night “Florian vs. Gomi.” The “TUF 1” veteran has been critical of the UFC at times since parting ways with the promotion.