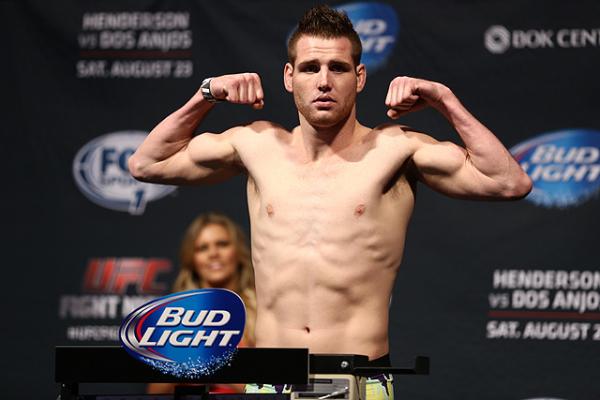 
Clay Collard was defeated in his Ultimate Fighting Championship debut against Max Holloway, but the way he went about his business on less than seven days notice didn’t lose him any fans.

It was announced on Thursday that Collard will return to the Octagon against Alex White at UFC 181 in Las Vegas on Dec. 6. The pay-per-view card will be anchored by a welterweight title rematch featuring Robbie Lawler against Johny Hendricks and emanates from the Mandalay Bay Events Center.

Prior to joining the UFC ranks, Collard had run roughshod through Showdown Fights, ultimately earning his call-up on less than a week’s notice. The Pit Elevated Fight Team member has only lost once in his last six fights, though a February 2013 stoppage win against Jordan Clements was overturned due to a failed drug test.

White will look to get back to his winning ways after a victory in his UFC debut against Estevan Payan at UFC on Fox 11. “The Spartan” was the victim of a knockout loss against Lucas Martins at UFC Fight Night “Cerrone vs. Miller.”