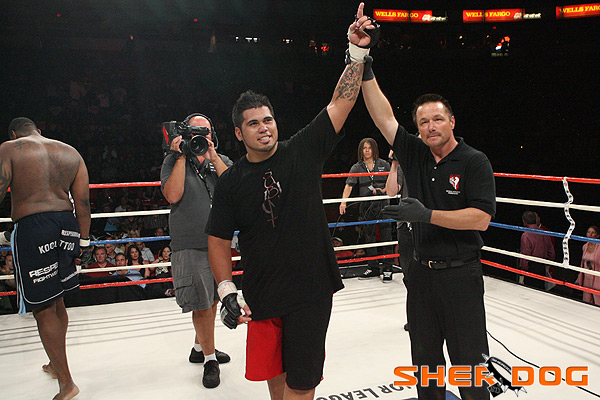 East has tasted defeat just once in 10 professional outings. The King of the Cage champion made his promotional debut this past October, scoring a first-round technical knockout triumph against Vernon Lewis at LFC 36. “The Freight Train” has finished all but one of his victories inside the distance.

Ritani-Coe returned to active competition on Feb. 27 following a nearly four-year hiatus, stopping Dale Mitchell inside of a round at LFC 39. The Las Vegas-based New Zealander is 4-2 as a pro, with all of his wins coming via knockout or technical knockout.