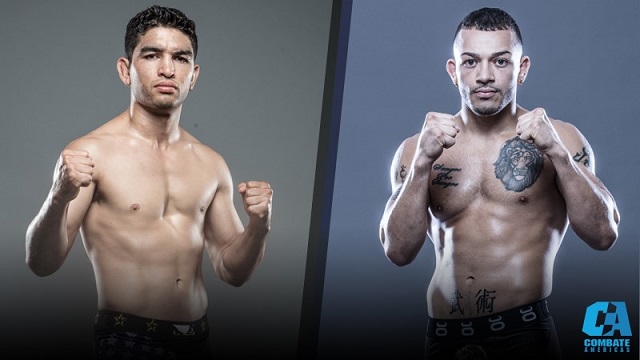 Combate Americas has announced four solid matchups to Combate 39 this June in its return to Tucson, Ariz., calling the event called "Tucson Unbreakable."

In their official press release on Thursday, the promotion released four new bouts on their June 7 event at the AVA Amphitheater at Casino Del Sol in Tucson, Ariz. The headliner will take place at bantamweight, between former champ Jose Alday (12-4-1) and Irwin Rivera (7-4). Of this matchup, Combate Americas CEO Campbell McLaren said, "Jose Alday and Irwin Rivera are two athletes that represent the warrior culture and indomitable spirit that Combate Americas embraces, and this matchup will be a phenomenal showdown with a lot at stake for both in our very competitive bantamweight division." The event will air on DAZN for the U.S. and Canada, and in Spanish in the U.S. on Univision and UDN.

Alday won the first championship in promotional history when he toppled Gustavo Lopez by split decision at Combate 24 last September. Earlier this year in March, he lost that title in a rematch to Lopez, where this time Lopez knocked him out in the first round. Meanwhile, Alday's opponent Rivera also competed in March, where it took him 100 seconds to flatten Lazar Stojadinovic with a head kick and punches at Titan FC 53.

Combate Americas: Tucson Unbreakable will take place on Friday, June 7 at the AVA Amphitheater at Casino Del Sol in Tucson, Ariz. Headlining the event will be a bantamweight scrap between Jose Alday and Irwin Rivera.