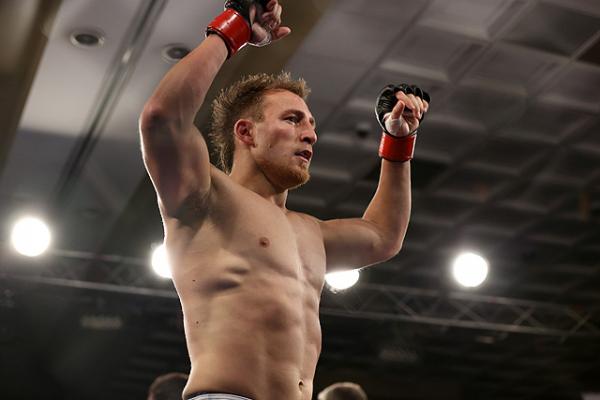 
In downtown Las Vegas on Wednesday afternoon, the next installment of Combate Americas was made official as all the combatants on the card made weight. The new series, dubbed, ”Road to the Championship,” on Spanish language network NBC Universo, will embark on its maiden voyage from the D in downtown Las Vegas on Thursday night.

Ultimate Fighting Championship co-creator Campbell McLaren, who was the executive producer of UFC 1, founded Combate Americas, the first-ever U.S. Hispanic MMA sports franchise. In teaming up with NBC Universo, the new fight series is a part of a multi-year agreement to bring more live action to the Latino community, the fastest-growing demographic in the States.

The main event between Justin Patterson and Ozzie Alvarez will go on as planned as both welterweights tipped the scale officially at 171 pounds. In the women’s strawweight division, Kyra Batara clocked in at 115.4 pounds while her opponent, Nicdali Rivera-Calanoc was slightly lighter at 114.6 pounds.

The main card of the event will air live on NBC Universo starting at 11 p.m. ET/8 p.m. PT. The prelims are slated to be streamed live on Yaveo.