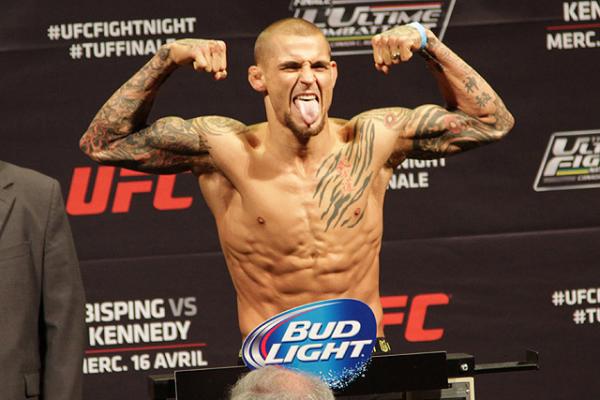 
It didn’t take long for the Ultimate Fighting Championship to book Conor McGregor’s next bout.

Just three days after McGregor handily dispatched Diego Brandao in front of a raucous crowd in Dublin, the Las Vegas-based promotion announced that the outspoken Irishman will lock horns with Dustin Poirier at UFC 178. Poirier has been quite vocal in calling for the matchup on social media, while McGregor claimed at Saturday’s post-fight press conference that the American Top Team product had no interest in fighting him.

UFC 178 takes place Sept. 27 in Las Vegas and is headlined by a light heavyweight title rematch between Jon Jones and Alexander Gustafsson. The promotion recently announced that the event will be held at the MGM Grand Garden Arena.

McGregor has won 11 straight fights overall and three inside the Octagon, besting Marcus Brimage, Max Holloway and Brandao during his promotional tenure. The SBG Ireland standout has finished all but one of his 15 career victories.

The 25-year-old Poirier already has 10 UFC appearances to his credit, with his only defeats coming at the hands of world-ranked featherweights Chan Sung Jung and Cub Swanson. “The Diamond” last competed at “The Ultimate Fighter Nations” finale, where he stopped Akira Corassani 42 seconds into the second round.