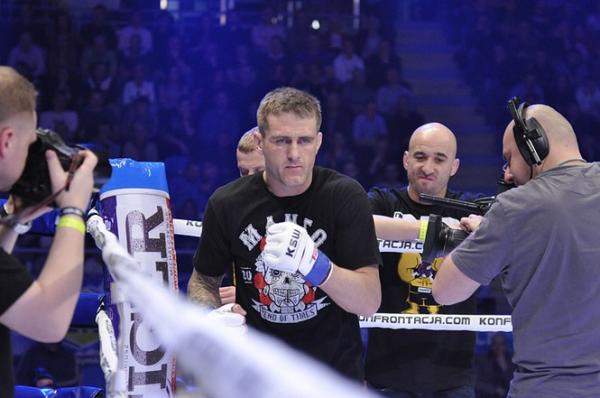 UFC veteran Curt Warburton will compete for the British Association of Mixed Martial Arts’ inaugural lightweight title on Sept. 14, when he locks horns with American talent Jake Murphy at BAMMA 13.

The reigning Lonsdale British lightweight champion, Warburton rides a five-fight winning streak into his upcoming clash with Murphy. “The War” completed a three-fight stint with the UFC in 2011, posting a promotional record of 1-2. Since that time, the Englishman has gone undefeated, most recently winning his British title by outpointing Steven Ray at BAMMA 12 this past March.

“I’m looking forward to fighting for the world title and the opportunity to win against a really strong opponent,” Warburton said in an official release. “Having already been crowned BAMMA Lonsdale British champ, I now look forward to being crowned BAMMA world champion, too.”

Murphy, meanwhile, enters the cage riding a four-fight winning streak. The American made his BAMMA debut back in March of last year, submitting David Round with a rear-naked choke. Following that triumph, Murphy posted a trio of wins outside the organization and last competed on June 29, when he outpointed Tony Hervey under the Global Warrior Challenge banner.