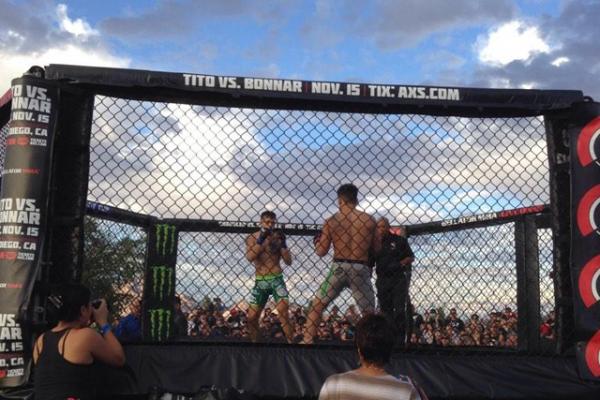 Headlining the bill, experienced heavyweight Dan Charles took it to James Wilson en route to a unanimous decision win. No official scores were provided, although Sherdog.com saw it an easy 30-27 for Charles.

Charles, representing Power MMA and Fitness, took the first round on the strength of his grappling prowess by achieving the mount position, and clinched as well as jabbed his way to a win in stanzas two and three. The Phoenix-based fighter now sits at 9-2 with the win. Wilson, of Los Angeles, is now 3-2.


In a bout scored 30-27 in favor of A.J. Williams by Sherdog.com, Adrian Hadribeaj walked away with a questionable split decision. No official scores were announced at the venue.

Williams, a product of Syndicate MMA, appeared to edge the Michigan-based fighter with stinging left hands and a dynamic striking game, but two of three official Nevada judges saw the contest differently.

With the win, the lightweight prospect upgraded his undefeated record to 3-0. His last two victories have come inside the Bellator cage. Williams evened his record at 1-1 with the defeat.


In the evening’s opening bout, Gustavo Lopez put Sean Cantor away with a rear-naked choke at 4:39 of the opening frame.

Cantor, a World Series of Fighting veteran, started quickly but fell victim to the choke following a quick scramble. He fell to 1-2 with the loss. Lopez, of Xtreme Couture Mixed Martial Arts, upped his record to 2-1 with the conquest.

Mike Sloan contributed to this report.