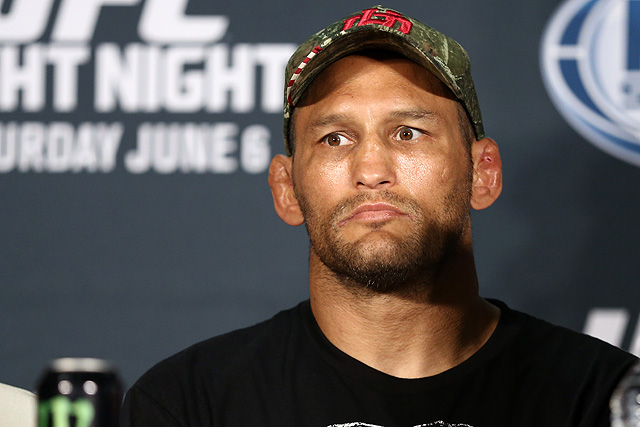 
If you thought Dan Henderson might have written the perfect storybook ending to an illustrious career with his 28-second knockout of Tim Boetsch on Saturday night, think again.

The 44-year-old fighter is still enjoying what he does, and besides, there are fights left to fulfill on his current UFC contract.

“It would [be a great ending],” Henderson said following his win over Boetsch at UFC Fight Night in New Orleans. “But I guess I will have to do that on the next couple of fights also.”

The Team Quest founder was in vintage form at the Smoothie King Center, as he buckled Boetsch with a right cross in the bout’s first exchange before later dropping his foe with an uppercut. He continued to batter “The Barbarian,” a man who called Henderson one of his heroes in the sport prior to their meeting, with punches until the fight was halted shortly after it began.

After the bout’s conclusion, Henderson indicated that he might have injured his right hand during the final salvo. However, “Hendo” brushed aside any injury concerns at the post-fight press conference.

“I don’t think it’s broken,” he said. “I think right at the end I was hitting him at a different angle. I might have sprained my thumb or something -- nothing a cold beer won’t help.”

It was a nice turnaround for the former two-division Pride Fighting Championships titlist, who had lost five of his previous six bouts coming into Saturday night. Following his last defeat, a first-round TKO at the hands of Gegard Mousasi at UFC on Fox 14, the call for Henderson to hang it up was stronger than ever, especially considering the nature of some of his most recent losses. That made the win over Boetsch a little bit sweeter.

“Obviously winning is better than losing,” Henderson said. “After the last couple years I’ve had, it probably feels extra special to get back to my old self and the ways that I like to finish fights.”

As for what’s next, Henderson doesn’t seem to have a preference as to whether he fights at middleweight or light heavyweight. Both divisions have their perks.

“It doesn’t matter,” he said. “It’s always nicer to fight lighter guys. But it’s always fun to not cut weight and eat up to weigh-ins. Whatever. It doesn’t matter to me. I’m still enjoying the sport and beating top guys.”