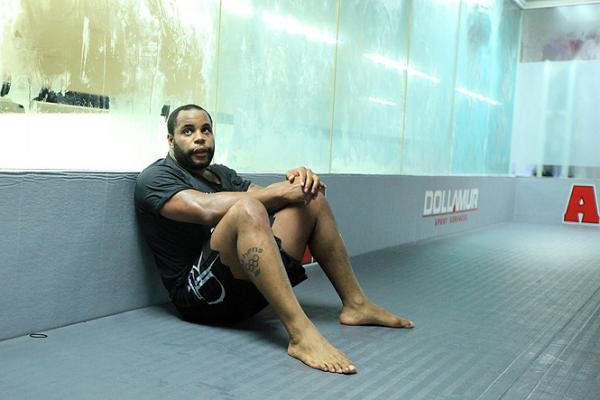 After breaking his hand in his Strikeforce grand prix win over Josh Barnett, Daniel Cormier has undergone surgery and is already looking toward his next bout.

“I had the surgery on Monday,” Cormier told the Sherdog Radio Network’s “Beatdown” show. “[Thursday] I go in and see my doctor, get my splint off and then I can start rehab and start preparing to fight again. He’s telling me now that in six weeks I can start punching again, but as early as Monday I can start grappling and running and everything. I’m going to try to stay in shape, and in six weeks hopefully start getting ready for a fight some time in the fall.”

Cormier first broke his hand in the grand prix semifinals against Antonio Silva. He chose not to have surgery then, but after beating Barnett and with a move to the UFC on the horizon, he elected to fix the hand this time.

“I think we made the right decision this time as a team, my coaches, myself and my management team to do the surgery with our doctors and get it fixed so that this won’t be anything long-term,” Cormier said. “It’s been long enough. I almost lost a year due to injury, and I’m not young. I’m already 33 years old, so I can’t really take all that time off.”

Cormier expects to make a relatively quick recovery and then fight one more time for Strikeforce and Showtime. Former UFC heavyweight champion Tim Sylvia is one name being mentioned as an opponent.

“I think anytime you get to fight a guy that held the UFC title, it’s a big deal,” Cormier said. “If Tim Sylvia’s the guy that they put across the cage from me, then that’s the guy I will fight on that day, but it doesn’t really matter to me. I said that I would like to actually continue my progression, but there aren’t many guys that are a step up from Josh Barnett. I don’t know. I just would like to keep progressing in my career and fighting guys that are better than the last guy. I don’t know who that’s going to be. It doesn’t really matter. I’ll give Showtime their fight and see where I stand in the UFC division when I’m done.”

At this point, Cormier’s move to the UFC looks inevitable. There’s no secret what he wants when he gets there either.

Listen to the full interview (beginning at 22:22).