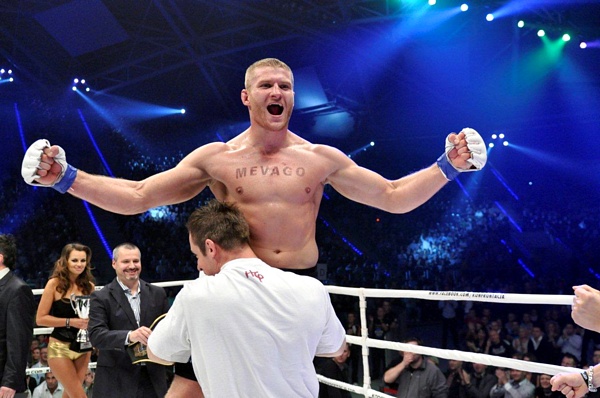 Polish promotion Konfrontacja Sztuk Walki (KSW) has announced a major change to its upcoming Feb. 25 event, as David Branch has been forced to withdraw from his light heavyweight bout against Jan Blachowicz at KSW 18 due to passport issues.

Instead, the former KSW champion will face a different UFC veteran, Mario Miranda, Saturday at the Orlen Arena in Plock, Poland.

A four-time UFC competitor, Miranda posted a perfect 9-0 record before receiving his Octagon call. The native Brazilian was knocked out in his UFC debut, falling in the first round to Gerald Harris at UFC Fight Night 21 in 2010.

Though Miranda rebounded with a victory over David Loiseau, he would receive his walking papers following consecutive losses to Demian Maia and Aaron Simpson. Since his departure from the UFC, the Washingtonian has posted a trio of wins, most recently submitting Dmitry Samoilov at M-1 Challenge 29 on Nov. 19.

Blachowicz (Pictured), 28, has spent the majority of his career competing inside the KSW ring, last fighting on Nov. 26 at KSW 17. In outpointing Rameau Thierry Sokoudjou to capture the light heavyweight title, Blachowicz avenged his loss to “The African Assassin” at KSW 15, where Sokoudjou stopped the Polish prospect with leg kicks in the second round to claim the vacant belt. A winner in 11 of his last 12 outings, Blachowicz has finished 11 of his 14 career victims by knockout or submission.