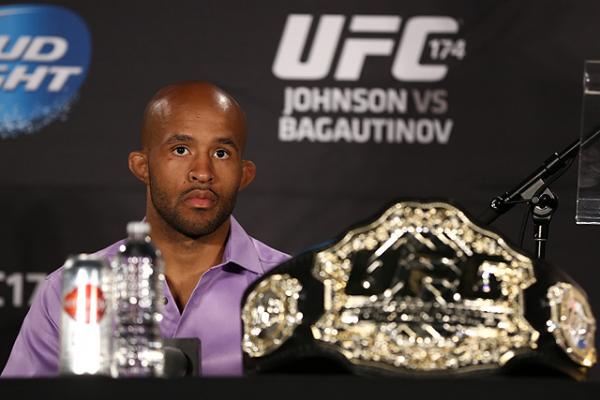 While the UFC flyweight champion experienced the type of success he has grown accustomed to in his seven-year professional career, the buzz coming out of the show from MMA fans and media pundits alike was meager.

During an appearance on the Sherdog Radio Network’s "Beatdown" show this week, Johnson gave his thoughts on why the card didn’t fare as well as expected.

“My job is to go out there and fight. Obviously I did the best I could to market and do promotion,” Johnson said. “I did a ton of interviews. At the end of the day we are competing with the World Cup, so there are also a lot of variables. It could have been a lack of luster with the card; maybe people just didn’t want to see it.”

Johnson is known for his no-nonsense approach during the lead-up to a fight, as he often takes the high road when baited into a potential firestorm of words. That will continue to be the standard going forward.

“Obviously I could do a little more trash talking, but there’s just no place for it. At the end of the day, it comes down to what I do in the cage,” Johnson said. “I am not going to lie though, when Chael Sonnen was talking all that trash to Jon Jones, the only reason I watched was to see Jon beat his ass.”

It is yet to be seen who will serve as the opponent for Johnson’s fifth title defense. Many point to John Dodson, who finished Darrell Montague at UFC 166 before earning a doctor’s stoppage against John Moraga at UFC Fight Night “Henderson vs. Khabilov.” Regardless of whom the UFC ends up pairing Johnson with, don’t expect to see him in action until the fall.

“I want to get one more fight in this November. I am going to enjoy my summer,” he said.