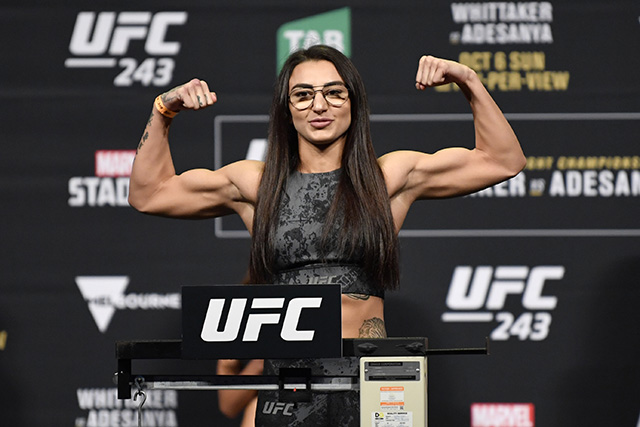 It seems that Dequan Townsend's adventure in the Ultimate Fighting Championship has come to an end, for now.

The UFC has terminated Townsend's deal after his four-bout skid. MMA Fighting first reported the news.

Townsend (21-12) joined the UFC after winning the Warrior Xtreme Cagefighting middleweight and Total Warrior Combat light heavyweight titles. In his promotional debut, he was crushed by Dalcha Lungiambula at the 0:42 mark in the third stanza of their 205-pound encounter at UFC on ESPN 3. “The Tarantula” tried to improve his situation by dropping to the middleweight division, but he conceded a decision to Bevon Lewis at UFC Fight Night 166. He also lost to Devin Clark via decision in his light heavyweight return at UFC Fight Night 167. More recently, he was dominated by Dusko Todorovic at UFC on ESPN 16.

The UFC also released Australian fighter Nadia Kassem (5-2). “187” started her journey in the UFC strawweight division by upending Alex Chambers at UFC Fight Night 121 back in November 2017. She then lost to Montana De La Rosa via armbar at UFC 234. Her latest Octagon appearance dates back to October 2019, when she was rendered unconscious by Ji Yeon Kim in the very last second of the second stanza of their UFC 243 encounter.

The news came after the recent release of another Australian fighter, as heavyweight contender Ben Sosoli saw his UFC contract cut after being sentenced to Australian jail for up to 22 months.