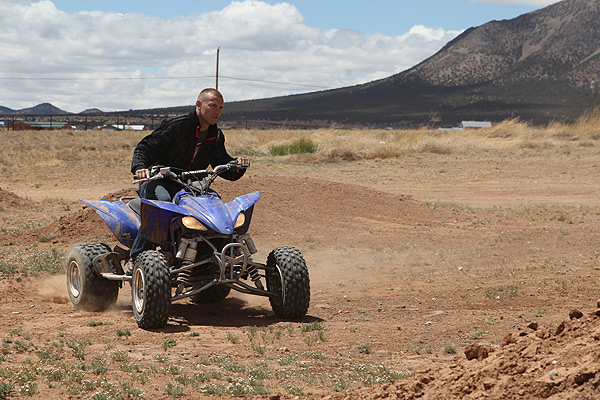 Two weeks before he fought Jeremy Stephens at UFC on Fuel TV 3, Donald Cerrone was in the hospital.

“I rolled my intestines,” Cerrone told the Sherdog Radio Network’s “Savage Dog Show.” “From my surgery years ago, I have a lot of intestinal and stomach problems still to this day, and I was in the ICU and they almost had to do surgery on me.”


Advertisement
The initial injury from years back was a nasty one.

“I was racing some motocross and I wrecked real bad and just kind of spilled my guts out,” Cerrone said. “They had to take a bunch of my intestines and part of my stomach. What happened this time is, my stomach basically rolled around the intestine. Man, talk about pain. It was like someone was stabbing me. Oh, it was so brutal. I had to go to the ER, and basically they had to empty all of my intestines out and then rush water down my stomach and try to get it to unspin, kind of like a garden hose. If you have a kink in the hose, you run water and the pressure will cause it to unravel. It worked, so thank God.”

Trainer Greg Jackson urged Cerrone to drop out of the Stephens bout, though.

“Greg and Leonard [Garcia] were like, ‘Dude, you’ve got to pull out of the fight,’” Cerrone said. “I was like, ‘Hell no. The fight isn’t for like two weeks. I’ll be fine by then.’”

Cerrone certainly looked fine. He dominated Stephens for 15 minutes to earn a unanimous decision. However, some time down the line, he’ll likely have to deal with more intestinal issues.

“Yeah, it’s going to be an issue and it sucks, but whatever,” Cerrone said. “I’ll worry about it the next time it happens.”