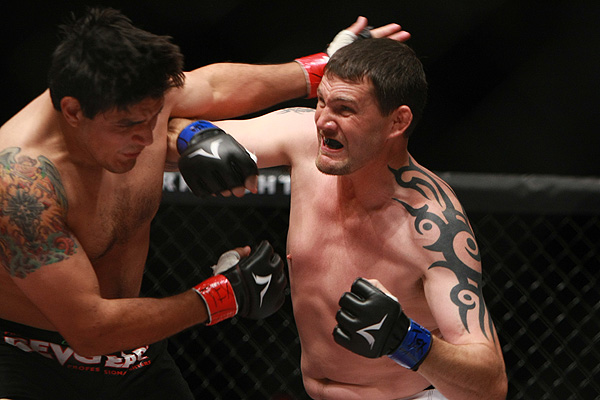 Even when Andrei Arlovski was the UFC heavyweight champion and ranked as one of the top heavyweights in the world, Devin Cole believed he could defeat him.

The chance comes Saturday when Cole and Arlovski meet in the main event of the inaugural World Series of Fighting. The bout will be Cole’s first this year, though briefly he thought he’d be replacing Ben Rothwell in an August matchup against Travis Browne at UFC on Fox 4. UFC CEO Lorenzo Fertitta nixed that possibility, according to Cole.

Cole has said previously that a 2008 arrest was what kept him out of the Octagon. Fair or not, he considered a career change this summer after his shot in the UFC fell through.

“I was definitely bummed,” he said. “That was the pinnacle -- what I thought was the pinnacle of my career and everything I’d worked for up to that point. Everybody wants to be in the UFC. That’s the goal everybody works for, and I thought I’d finally made it. I was pretty bummed.”

Cole was in the process of exploring his options outside of MMA when he got the call to fight Arlovski. For a fighter who was considering an exit from the sport, a headlining spot against a former UFC champ is a huge opportunity. Cole plans to make the most of it.

“Really, it was like, ‘Wow. Here it comes,’” Cole said. “He’s obviously the biggest name I’ve fought. I fought [Daniel] Cormier, but Cormier wasn’t the name that he is now. Definitely, fighting an ex-UFC champ, I think it’s going to be great for my career.

Listen to the full interview (beginning at 59:18).