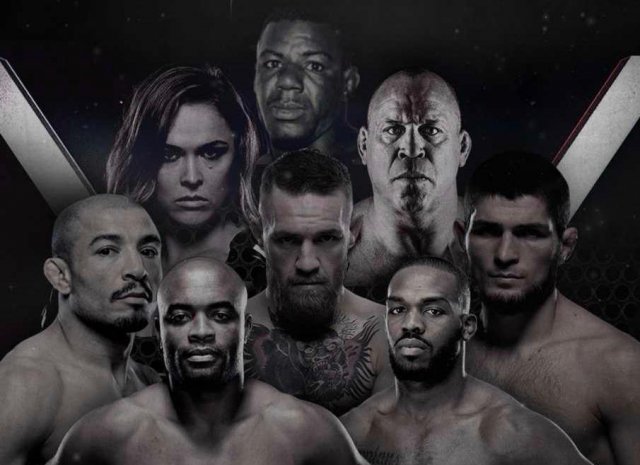 A catalyst that can attract fan interest and sell pay-per-views, rivalries have been a key factor in the growth of mixed martial arts.

Produced by Ciranda Films in association with the Ultimate Fighting Championship, the series — which has aired on the Brazilian Combate channel since Sept. 28 — is entitled “The Greatest Rivalries of MMA”, and in six episodes highlights some of the greatest rivalries in the sport since it was known as Vale Tudo.

Some of the rivalries covered include: the Santanas vs. the Gracies in the 1950s; muay Thai vs. jiu-jitsu in the ‘80s; jiu-jitsu vs. Luta-Livre in the ‘90s as well as BTT vs. Chute Boxe and Sakuraba vs. the Gracies, the two biggest rivalries of Pride era. The documentary also shows the most remarkable UFC rivalries.

“We shared those 18 rivalries in six episodes. Each one has three parts, starting and finishing with a UFC rivalriy and incorporating a historic rivalry,” said Bruno Duarte, who directed the series.

“We traveled all over Brazil and USA to interview some of the most important protagonists, trainers and also journalists who witnessed all those 18 rivalries closely.”

Even though he admittedly wasn’t familiar with the fighting world, Bruno confessed that he became a big fan of the sport after finishing the series.

“All the narratives are absolutely engaging,” he said. “It´s not only about fighting, it’s about human history. Khabib vs. Conor; Jones vs. Cormier; Santanas vs. Gracies; BTT vs. Chute Boxe; jiu-jitsu vs. Luta-Livre.  Even people who don’t like MMA would be interested in seeing that.”

Just like all series produced by UFC in partnership with Combate channel in Brazil, “The Greatest Rivalries of MMA” will be offered, with subtitles, on UFC Fight Pass for American fans.

“That´s a very interesting piece not only to recall the most important rivalries of UFC ever, but also to understand the history and origins of our sport,” said Eduardo Galetti, senior vice president of UFC in Brazil.

The Greatest Rivalries of MMA