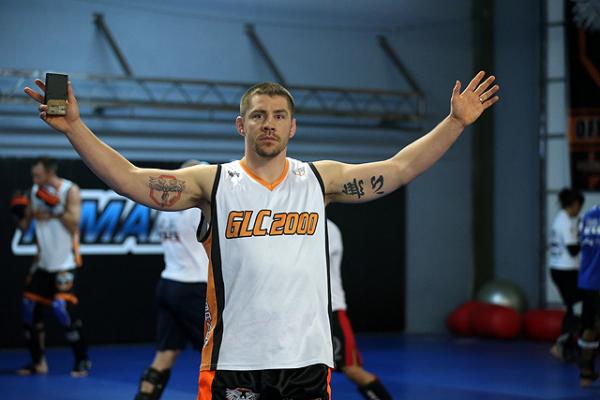 Duane Ludwig was a successful addition to Team Alpha Male, but the standup trainer will be headed back to his home in Colorado soon.

In an interview with the Sherdog Radio Network’s “It’s Time” show with Bruce Buffer, Ludwig discussed his relationship with the Urijah Faber-led camp, opening his own school and more.

On leaving Team Alpha Male: “It’s been blown out of proportion a bit more than what it actually is. My plan before I left Colorado was to come out here for just a year and then go back to Colorado and do my own thing. It’s coming to that time in my life where I just need to have my own business, do my own thing and just run my own show.”

On plans for his own academy: “The main focus is just to teach martial arts and help people become better human beings all over, from every aspect in life. … That’s what happened with me through martial arts. Martial arts helped create who I am. I’m just all about that, getting back to the more traditional aspect and just being accountable and respectable and just doing the right thing and not really leaning toward the combative side anymore, like the fighter side. Although I love it and I think that’s what I’m best at -- training and teaching combative athletes -- if you’re not going to have a team, like a high-level team like Team Alpha Male, you’re not going to make money for sure having a professional team. You’ve got to have a high-level professional team. I’m not looking to do that. I’m just looking to have a regular student base of 300, 400, 500 members and teaching them martial arts, settling down with my family and focusing on them and just taking care of my own business.”

On his relationship with Urijah Faber: “We’re on good terms. … What was weird was, I’ve been telling him I’m going back to Colorado for a while and I’ve been talking to people and getting information and doing research and stuff, giving people a heads up. Urijah and I, we’re always traveling on different schedules and we’d been trying to touch base and I’d be here and he’d be gone or he’d be here and I’d be gone. He ended up hearing from somebody else first that I was going to do my own gym, so he got upset about that and then we sat down and talked because once we finally had our schedules lined up where we could do this, he asked me.

“He was like, ‘Hey, you taking off?’ I was like, ‘Yeah, I’m going do my own thing -- after everyone’s fights are done, though. I’m not going to leave anybody’s camp.’ That’s why I’m here longer than expected. I’m going to finish up these guys’ camps and then take off. I wanted to make sure, out of respect, [to] let him know first and then sit down with the team and let them know together. I let Urijah know and then he let the team know without me. So that’s what I didn’t like. … Just the timing sequence with the information being relayed is what I wasn’t a fan of.”

Listen to the full interview (beginning at 24:07).