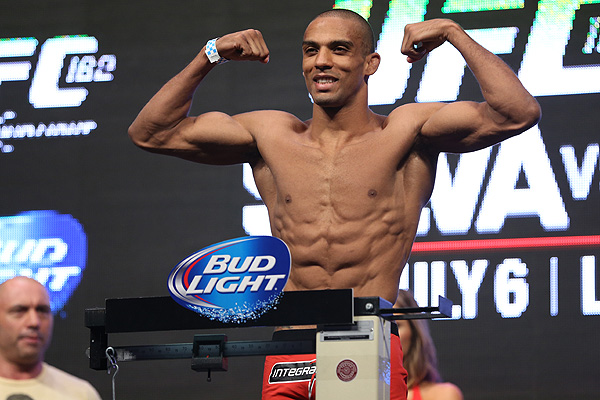 
The UFC on Fox 9 bill continues to grow rapidly, as UFC officials announced early Thursday that Edson Barboza will collide with Danny Castillo at the Dec. 14 event.

Barboza, 27, has won back-to-back fights since suffering his first career defeat at the hands of Jamie Varner last year. The native Brazilian last competed on July 6, when he stopped Rafaello Oliveira with leg kicks at UFC 162. Barboza owns nine of his 12 career victories by form of knockout and has gone the distance just twice in more than four years of competition.