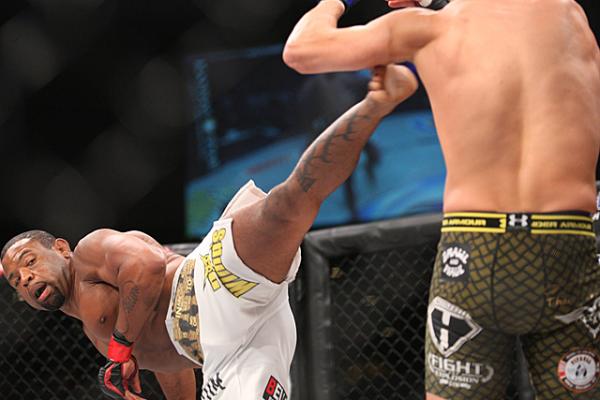 
Emanuel Newton did it his way.

Newton threw more and landed more, as he became the undisputed Bellator MMA light heavyweight champion with a split decision over Attila Vegh in the Bellator 113 main event on Friday at the Kansas Star Arena in Mulvane, Kan. Two of the three cageside judges scored it for Newton by 49-46 and 48-47 marks; a third saw it 48-47 for Vegh.

Neither man took the proverbial bull by the horns. However, Newton (23-7-1, 6-1 Bellator) outworked and outmaneuvered the Slovakian in every round but the third, attacking his lead leg with a steady stream of kicks and keeping him unsteady with his unorthodox style. Vegh (29-5-2, 5-1 Bellator) executed his punches with more oomph, but the American Top Team fighter was plagued by long periods of inactivity. The defeat ended his nine-fight winning streak.

“It was a tough fight,” Newton said. “Vegh was countering me real good. I think I pushed the pace and put his back against the cage. This is MMA. It’s not called the waiting game. He was just waiting more.”

Newton will defend his title against the winner of the forthcoming May 17 showdown between Quinton Jackson and Muhammed Lawal.


Patricky Freire knocked out David Rickels with a left hook and standing-to-ground right in the second round of their Season 10 lightweight tournament quarterfinal. Freire (12-5, 5-4 Bellator) put away “The Caveman” 54 seconds into round two, bringing a dramatic and decisive close to their encounter. 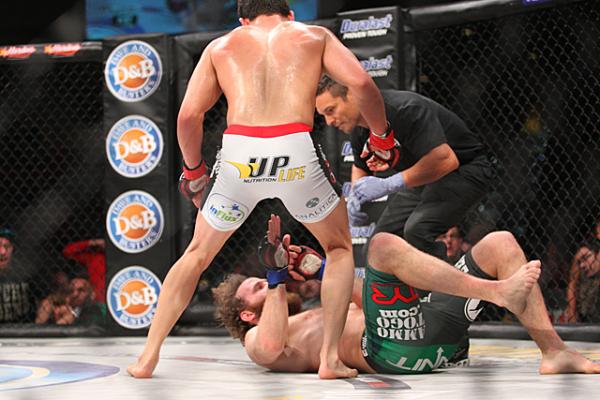 Photo: K. Mills/Sherdog.com
Freire ripped Rickels in his own backyard.
Rickels (15-3, 9-3 Bellator) spent the first five minutes peppering “Pitbull” with variety and volume, as he kept the Brazilian off-balance with power punches, leg kicks, knees and some punishing dirty boxing in the clinch. Freire was not deterred. Less than a minute into the second round, he set Rickels on shaky legs with a two-punch combination, pursued him with punches and floored the Kansas native with a clean left hook. As a semi-conscious Rickels lay supine, Freire finished him with one last jackhammer right to the face.


Polish prodigy Marcin Held submitted Rodrigo Cavalheiro Correia with a first-round heel hook in a Season 10 lightweight tournament quarterfinal. Correia (14-3, 0-1 Bellator) conceded defeat 1:56 into round one, his career-best 10-fight winning streak a thing of the past.

Held (17-3, 6-2 Bellator) ducked under winging punches from the overzealous Brazilian and scored with a double-leg takedown inside the first minute. After an extended struggle on the mat, the 22-year-old Pole dove on a heel hook and then transitioned to the toe hold for the finish. Held has recorded seven victories in his last eight appearances. 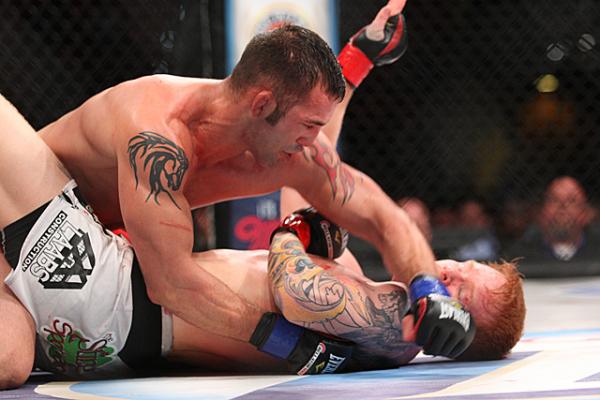 Photo: K. Mills/Sherdog.com
Campos easily cruised past Welch.
Welch (10-5, 0-2 Bellator) was on his heels from the start, as Campos controlled the exchanges from the center of the cage and scored effectively with punches, both at a distance and in close quarters. He nearly finished it in the second round, where he staggered Welch with a right hook, drove the MMA Lab export to the canvas and threatened him with an arm-triangle choke. Campos punctuated his latest victory with a strong round three, as he settled in top position after Welch misfired on a head kick and assaulted him with thudding left hands from half guard. 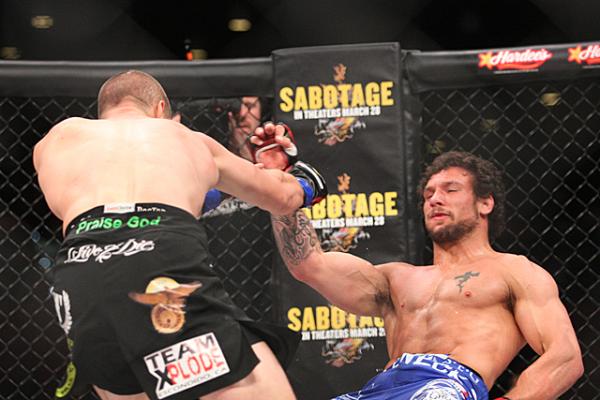 Photo: K. Mills/Sherdog.com
Anderson's counter knee obliterated Girtz.
Derek Anderson (11-0, 2-0 Bellator) knocked out Brandon Girtz (10-4, 3-2 Bellator) with a knee strike 23 seconds into the second round of their Bellator Season 10 lightweight tournament quarterfinal; WEC veteran L.C. Davis used a guillotine to tap out Taurean Bogguess at the first-round bell; Israel Giron (18-3, 1-0 Bellator) took a unanimous verdict from Cody Carrillo (5-8, 0-3 Bellator) in a lightweight battle, sweeping the scorecards with 29-28 nods across the board; Eric Wisely (22-8, 1-0 Bellator) eked out a split decision -- 30-27, 29-28, 28-29 -- against Donnie Bell (8-3, 1-1 Bellator) in a lightweight clash.