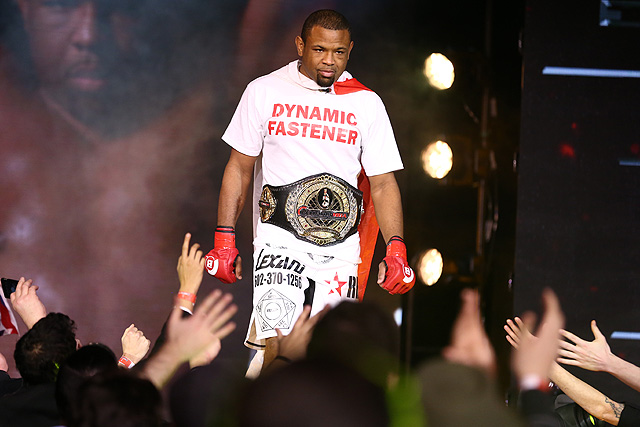 Sherdog.com confirmed the results Mohegan Tribe Department of Athletic Regulations Director Mike Mazzulli on Thursday following an initial report from The MMA Report. Newton had more than 100 ng/ml of marijuana in his system from a pre-fight urine sample submitted prior to the Feb. 27 event.

As a result, Newton was suspended 90 days and fined $3,000 due to the Mohegan commission’s zero tolerance policy on marijuana. He must submit a clean drug test in order to reapply for a license.

According to Mazzulli, a fighter can apply for a therapeutic use exemption for medical marijuana, but Newton did not submit such an application. Three other fighters – McGeary, Brennan Ward and Josh Diekmann – were also tested for drugs of abuse, masking agents and steroids. All three came back clean.

Newton lost the 205-pound strap in a five-round unanimous decision defeat to McGeary in the Bellator 134 headliner last month. That defeat ended a seven-fight winning streak under the Bellator banner for “The Hardcore Kid.”