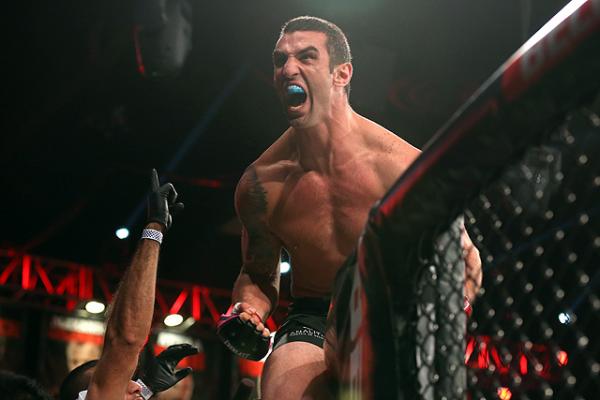 Vinicius Kappke de Queiroz has been out of action for nearly two years. | Photo: Dave Mandel/Sherdog.com


A heavyweight contest pitting Ewerton Teixeira against Vinicius Kappke de Queiroz will be the final main card bout at Bellator 143.

An accomplished kickboxing standout, Teixeira will make his Bellator debut with a 3-0 record in MMA. The 33-year-old Brazilian has a more notable resume on the kickboxing circuit, however, winning the K-1 World Grand Prix in 2008 and earning wins over Errol Zimmerman and Jerome Le Banner. He was also brutally knocked out by an Alistair Overeem knee to the chin in a 2009 K-1 contest.

Quieroz, who is more commonly known as Vinicius “Spartan,” has not competed since October 2013, when he scored a 23-second knockout of Lavar Johnson at Bellator 102. The 6-foot-7 Brazilian is 7-3 as a pro, including a 2-1 mark with Bellator.