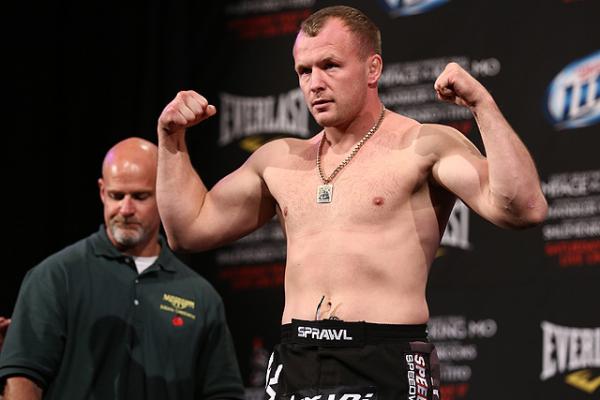 According to documents obtained by Sherdog.com, Shlemenko has filed a petition for peremptory writ of administrative mandamus against CSAC in Los Angeles County Superior Court in hopes of having his three-year suspension and $10,000 fine overturned.

Shlemenko failed a drug test following his knockout victory over Melvin Manhoef at Bellator 133 on Feb. 13. The Russian fighter was revealed to have had an elevated testosterone-to-epitestosterone ratio of 50:1 in relation to the bout, well above California’s legal limit of 4:1. He also tested positive for the anabolic steroid oxandrolone. Shlemenko denied taking performance enhancing drugs, but his appeal of the ruling was denied in June. In addition to the fine and suspension, his victory was overturned to a no contest.

Shlemenko’s lawyer, Howard Jacobs, argues in the petition that the penalties imposed on the fighter are “excessive” and “not supported by any laws regulations.” The petition also states that the commission failed to provide proper notice of the hearing and sanctions it would impose against Shlemenko. In the past, Shlemenko’s transgression would have likely earned him a suspension of one year, but CSAC, like other commissions, has recently implemented a more stringent policy – even for first-time PED offenders. Shlemenko will get a trial setting conference on December 2, according to MMAFighting.com.