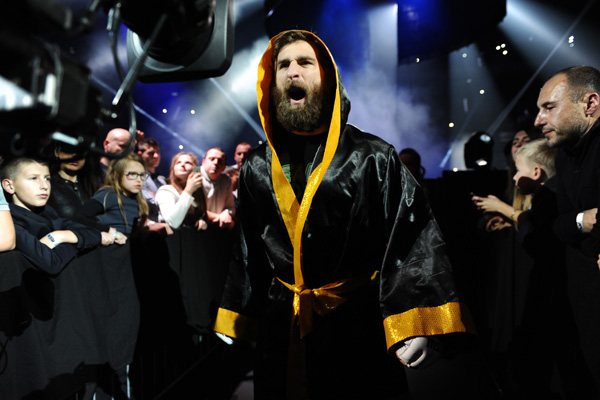 The Long Beach, Calif., native known as “Fudoshin” recently announced his decision on his private Facebook page. His full statement (courtesy of MMAJunkie.com) is as follows:

It looks as though I will be retiring from hi-level competition in MMA. In order to compete at the highest level I would have to do certain things that I’m not comfortable with. It is time for me to be a dad and not be selfish anymore. I learned a lot from this sport and met a lot of great people. I don’t think there is ever a perfect time to call it quits but I think it’s time for me. I still have all my wits about me, I’m still articulate, and still able to do stuff I want to do with my family. I’d like thank certain people that have helped me in my career from start to finish such as Tracy Hess, Antonio McKee, Mark Munoz, Rafael Cordeiro, Danny Perez, Coach Paul La Blanc, my main man Vince Ortiz, and more. A lot of people never get a chance to pursue their passion or dream in their life but I am very grateful to be able to do so. Even if I did not get where I wanted to go, I have no regrets and cherish the experience. Thanks again for all your support. Feel free to comment. Thanks again.

Cooper compiled a 21-12 mark since beginning his pro career in 2005, while competing for organizations such as Shooto, International Fight League, Affliction, Bellator MMA and KSW. He was perhaps best known for his 7-5 stint in Bellator, which included a five-round unanimous decision defeat to Alexander Shlemenko in a middleweight title bout in September 2013.

Cooper was last in action this past Saturday at KSW 32/a>, where he was knocked out 59 seconds into the opening frame by fellow Bellator veteran Maiquel Falcao. Cooper ends his career with losses in five of his last seven appearances, including defeats against the likes of Shlemenko, Brandon Halsey and Mamed Khalidov.