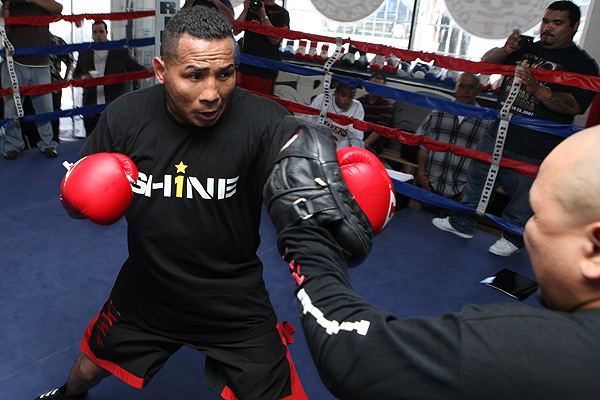 After capturing boxing titles at 147 and 154 pounds, Mayorga made his mixed martial arts debut on May 3. After coming in 20 pounds overweight for his bout with Wesley Tiffer, Mayorga was originally declared the winner of the contest after landing a knee to his opponent’s spine. However, that result was later changed to a no-contest by the Nicaraguan MMA commission.

Martinez, meanwhile, last competed on April 27, when he submitted Doug Rossi with a guillotine choke in 61 seconds. “Level” has never been beaten in five professional outings, with only a 2010 draw marring his record in that span.
Latest News
ALLUFCBELLATORPFLONE