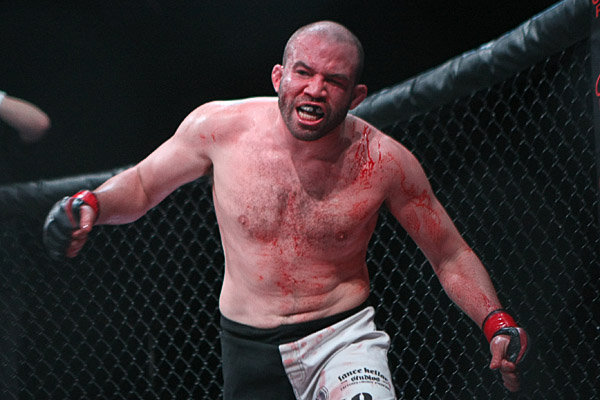 Dom O’Grady has signed a deal with the Florida-based XFC promotion. | Keith Mills/Sherdog.com

O’Grady completed a one-fight stint with the organization this past December, submitting Eric Reynolds with a second-round rear-naked choke at XFC 27.

The six-year pro captured the KOTC lightweight strap in 2010 and then won the organization’s welterweight title in 2012, edging Bill Albrecht via split decision at “Total Destruction.” O’Grady then posted a 2-0 record in the Bellator cage before joining the cast of “Fight Master: Bellator MMA.”

The 32-year-old was eliminated from the Spike TV-broadcast reality series in the opening round, however, falling by unanimous decision to Andy Uhrich. Following that setback, O’Grady was put to sleep by Deep lightweight king Satoru Kitaoka this past September at Pancrase 252 in Japan.

The Michigan native owns six of his 16 career victories by submission and has picked up another three via knockout. O’Grady has been stopped just twice in 23 pro outings, suffering the lone knockout loss of his career to Mike Stumpf back in 2008.